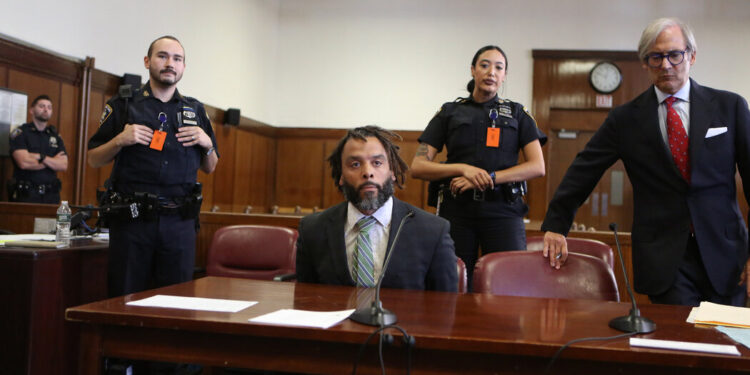 At the time, Mr. Foss denied any sexual misconductwho said in response to WBUR: “I have seen recent posts on social media alleging inappropriate behavior in my past. I recognize that some of my callous and insensitive behavior has caused many people fear, but I deny all allegations of sexual relations without mutual consent.”

The Boston investigation was propelled in November 2020 by a post on Medium titled “The Wolf and The Whisper Network.” In the post, Raegan Sealy, a New York City singer and writer, describes a relationship fueled by text messages and phone calls with Mr. Foss that lasted about a month in 2017. The relationship, which began after they met during a speaking engagement, ended after she was sexually assaulted by him in a Manhattan hotel room, Ms Sealy wrote.

“I started sharing my story with friends and soon realized I had kicked a wasp’s nest: there was a seamstress, a TED administrator, an artist, a famous actress, a lawyer, an intern, a volunteer, a Hollywood manager, a CEO of a nonprofit, a friend’s friend, a stranger’s friend…a witness in one of his cases,” Ms Sealy wrote in the post. “Everywhere I went, I found a trail of humiliation and damage that Adam had left behind.”

Kim West, a Boston attorney representing Ms. Sealy, said her client had no comment Tuesday on the charges against Mr. Foss.

Following the Boston findings, Ms. West wrote to WBUR that she and Ms Sealy were pleased that the investigation “uncovered facts that support what Raegan has always claimed: Adam Foss used his position as prosecutor to engage in inappropriate behavior and abuse.” to create a power dynamic with young women who looked up to him as a mentor.”

The website of Mr. Foss’s Prosecutor’s Impact organization was gone on Tuesday.