Frank James, the man wanted by the police, left a trail of disturbing videos online. 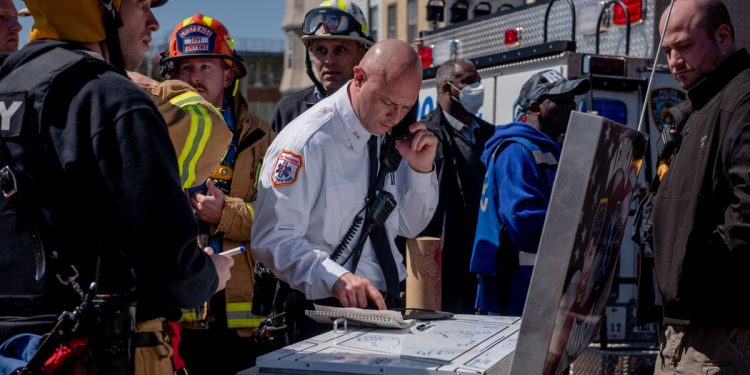 The man identified by police as a person of interest in the Brooklyn subway attack appears to have posted dozens of videos on social media in recent years — lengthy diatribes in which he expressed a series of harsh views and, more recently, criticism. had the policies of New York Mayor Eric Adams.

The man, Frank R. James, 62, has addresses in Wisconsin and Philadelphia, police said. He is the subject of a search as investigators try to determine if he was linked to the shooting at a Brooklyn subway station on Tuesday morning.

He was not named as a suspect, and police identify someone as a person of interest when they believe the person has information related to a crime. But New York Police Commissioner Keechant Sewell said citizens should call with any information they had about Mr. James.

Two law enforcement officers said a credit card bearing the name of Mr. James was found at the scene of the shooting, as well as a key to a van that Mr. James had rented. It appeared that Mr. James had rented the van somewhere in Philadelphia for the past few days, drove it close to the subway line where the attack took place, and left it there, an official said. The van was found by police late Tuesday afternoon.

Separately, authorities offered up to $50,000 in rewards for information leading to the arrest and indictment of a suspect in the attack.

Police have released a screenshot of Mr James, taken from a YouTube video posted by a channel with the username ‘propeteoftruth88’.

The videos showed a man — who appeared to be the same man in a photo released by police — spouting elaborate diatribes, many of them openly concerned about race and violence, often linking topics to current events, including the Russian invasion of Ukraine and the policy of Mr. Adams. Two law enforcement officers said Mr James was the person featured in the channel’s videos.

In a video posted to YouTube on March 1, the person in the video criticized Mayor Eric Adams by name for recently announced subway public safety policies targeting the homeless. The man in the video especially mocked the idea of ​​social services, as he spoke for a series of photos he said were of people who had tried to help him.

In a long, often digressive and bigoted diatribe, the man in the video addressed the convenience of committing crime on the subway, saying that even with countless police officers on the subway, “I’d still get out.”

“He can’t put a crime in any subway,” the man said in several expletives. “He can slow it down, but he won’t stop it.”

“That means you have to have police at every station and that’s just not possible,” he added.

Ms Sewell said at the press conference on Tuesday that Mr Adams’ security details would be expanded in light of the videos.

Another video on the channel, posted in 2020, appeared to have been shot in the New York City subways. In that video, the person holding the camera is simply training him on a crowded subway.

Officials said consumer fireworks, gasoline and two unused smoke grenades had been recovered at the scene of a shooting, and a photo circulated on social media on Tuesday appeared to show the fireworks, along with other material.

William Weimer, a vice president at Phantom Fireworks, said a man named Frank James of Milwaukee, Wis., purchased several brands of the fireworks pictured in June 2021 at the Phantom Fireworks showroom outside of Racine, Wis. † 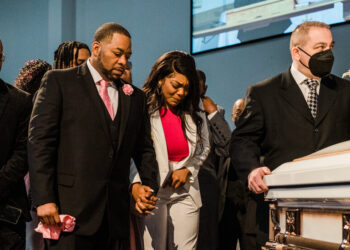 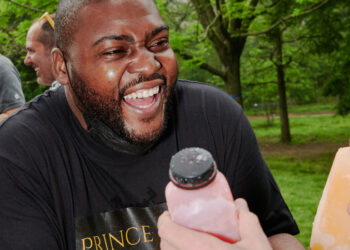 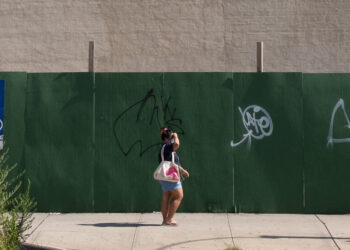