How Kim Kardashian Is Bringing Buzz (and Business) to Staten Island 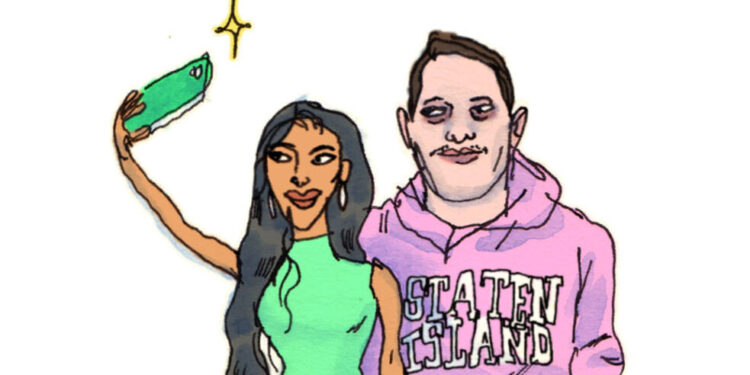 When people first came to Campania, a Staten Island restaurant known for its coal-fired pizzas, and inquired about “Kim,” Nicole Bressi, a server there, didn’t quite get it.

“I was like, ‘Kim isn’t here today, but come back tomorrow,'” Ms Bressi said. “It took me a few times to realize they weren’t talking about my friend Kim who works here with me. They were talking about Kim Kardashian.”

Last November, Mrs. Kardashian, the reality TV star and influencer who recently sparked a debate when she wore a Marilyn Monroe dress to this year’s Met Gala, the restaurant in Dongan Hills, one of the many Campanias in the borough and Brooklyn. She was with her boyfriend, comedian and actor Pete Davidson, who was born and raised on Staten Island.

The news came out of the couple’s romantic date on the rooftop of Campania, where they skipped the truffle mac and cheese and $150 seafood tower, opting instead for a margarita pizza, salad, and sangria. Soon crowds poured into the restaurant.

“It was crazy,” said Umberto Guzman, a manager. “The phone was ringing and we had long lines every day. People wanted to sit on the roof all winter because she was there, but I had to explain to them that the roof was closed because it was cold.”

Six months later, the attention does not stop.

“So many people ask us about Kim, we’re making up stories now,” Ms Bressi said. “I wasn’t even here when Kim was here, but now I say, ‘Oh yes, we had coffee. It was pleasant.'”

Mr. Davidson has long been an ambassador for his hometown, he made a movie about it based on his life and bought a defunct Staten Island Ferry boat, with plans to turn it into a nightlife venue. He also apparently has an apartment on Staten Island, although he has hinted at moving to Brooklyn. One of his best-known skits on “Saturday Night Live,” where his departure was recently announced, was a take on the song “Walking in Memphis,” with lyrics about Staten Island instead. “We have about 80 bagel places and every block has a pizza place,” he sang.

He’s taken his uber-famous girlfriend to all of his favorite places on Staten Island. The media, Ms. Kardashian’s fans – and locals looking for a kick – have noticed.

Some say the attention is overwhelming. “I don’t want any more lines because it’s annoying for my customers,” said Mr. Luisi. “We’ve been busy since we opened last April because our food and service are great. We don’t even need her.”

The couple also went to the movies on Staten Island. “You can’t get bigger than Kim Kardashian,” says Jesse Scarola, owner of Atrium Stadium Cinemas, an independent theater near Great Kills with 11 screens and arcade games. “The president could be here, and it couldn’t be any bigger.”

When Ms. Kardashian came to visit for a screening of “House of Gucci” in the winter, hundreds of people bought tickets or waited in the parking lot for a quick look.

“My kids saw her on social media and jumped in the car to try and see her,” said Christina Ortalano, 46, a general manager at Bank of America who lives in Prince’s Bay, on the South Coast. “Some people acted like they didn’t care, but they did. People are impressed by the stars.”

Mr. Scarola, the owner of Atrium, is still getting a boost from Mrs. Kardashian’s one-time visit. “A few weeks ago, someone from out of town called and said he wanted to come to the theater Kim was attending,” he said. “He rented out the entire theater for his friends and paid for everyone’s popcorn and food.”

Staten Island Councilman Joseph Borelli is grateful that the cinema is getting some attention. “The atrium is kind of a throwback to an old era where kids used to hang out in the cinema and giggle in the back with their friends,” he said. “The atrium was crushed during the pandemic, and it’s good that their name is in the paper for a reason.”

Vincent Malerba, the owner of Angelina’s Ristorante, a chandelier-clad waterfront restaurant in Tottenville, said he was no stranger to celebrities. “There are two studios down the road, one in the old jail and one in the old brewery, so we’re getting tons of it,” he said. “But nobody did us what Kim did.”

A photo he took with the couple got thousands of likes on Instagram. “We’ve never had such exposure,” said Mr. Malerba. “People came in from Brooklyn, Bronx, Queens, South Jersey, everywhere.” He hopes people will come for Mrs. Kardashian, but return for the good food and service.

“We’ve always known that Angelina’s and Campania were two of the best restaurants in town,” said Mr. Borelli. “That’s good for the Staten Island food culture in general.”

Attendance at Clinton Hall, a new outdoor bar on the waterfront of Empire Outlets in St. George, has indeed doubled in the past three months, says Telly Hatzigeorgiou’s owner. “A few things happen; it’s not a one trick pony,” he said. “It’s hot now. After Covid people want out. But I think Kim definitely has something to do with it too. I hear people talking about her all the time.”

Of course, not everyone wants Staten Island to get more attention.

Every summer, Ruby Hernandez, who works at an accounting firm and lives near Times Square, flees with her boyfriend to Staten Island to a quiet beach. “I won’t tell you where it is,” she said.

“If Kim went there, I’d want to be in a picture with her, but then I wouldn’t want the crowd that followed,” she said. “I want my beach to remain undiscovered. It’s nice and quiet and it’s not dirty.”

Jan Zabka, a journalist from Prague, visited Staten Island last weekend to see the Manhattan skyline from afar. As a tourist, he said he was much more interested in seeing another female celebrity, one made of copper: the Statue of Liberty.

Mr Borelli, the councilor, said he hoped once visitors were on the island they would explore. “I think they would be shocked if they knew how much outdoor recreation there is here,” he said. “There are four miles of hiking and mountain biking trails on my block.”

Some Staten Island residents enjoy a little extra glamor in their everyday lives. “If I went out to smoke my cigarettes on the rocks by the river, I’d see Pete come out of his flat, which is right next to the museum,” Jim Sarlo, 61, a site manager at the National Lighthouse Museum, said recently. . Sunday, though he’s not sure if the comedian still lives there. He said he had seen Mrs. Kardashian leave Mr. Davidson’s apartment a few times and also went to the ferry a few times. 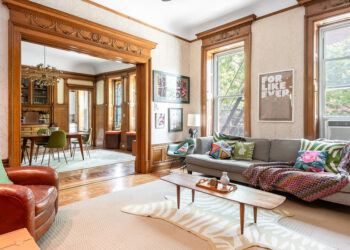 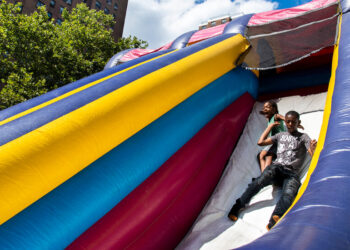 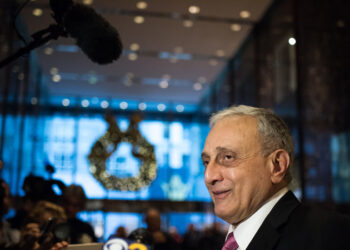 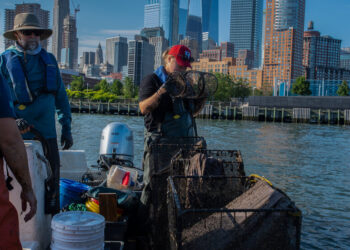