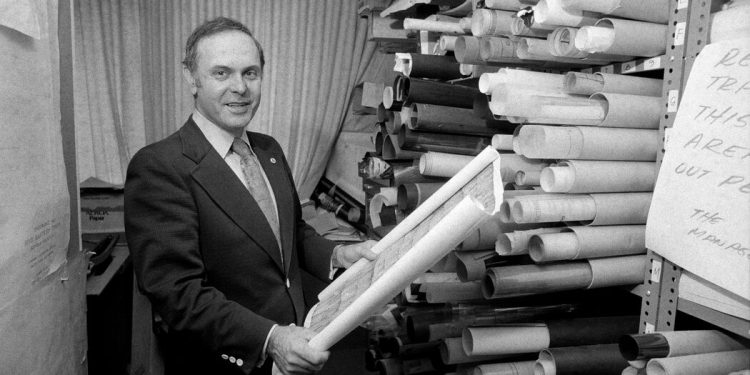 Lee E. Koppelman, a planning visionary who fought for four decades to set a regional agenda for economic development and environmental conservation in Long Island, died Monday in Stony Brook, NY. He was 94.

His death, at Stony Brook University Hospital, was confirmed by his daughter Lesli Ross.

As Executive Director of the Nassau-Suffolk Regional Planning Board from 1965 to 2006, Mr. Koppelman was instrumental in preserving tens of thousands of acres of farmland and open space in Suffolk County, protecting coastal wetlands and the underground water supply, enhancing Suffolk County’s park system. and preserving the vast Pine Barrens forest.

“All those things were way ahead of contemporary thinking at the time; now they’re taken for granted,” John VN Klein, a former Suffolk County executive, told DailyExpertNews in 1999.

As an appointee responsible for elected district officials, Mr. Koppelman exercised little direct power. But as an impartial, if spiky, expert planner, he won the respect of politicians, conservationists and developers.

Over the course of his long career, he persuaded lawmakers to introduce a 2 percent initial sales tax, which raised about $100 million annually in 1970; warned that road runoff was a primary polluter of aquifers and estuaries; and successfully lobbied to extend the Long Island Expressway and Sunrise Highway east into the Hamptons.

When Mr. Koppelman stepped down as executive director in 2006, Mitchell H. Pally, vice president of the Long Island Association, a business and community group, said, “No one has been more important to Long Island in the past 40 years.”

Author Robert A. Caro recalled meeting Mr. Koppelman when he was a reporter for the Long Island newspaper Newsday and while researching his masterful biography of Robert Moses, “The Power Broker” (1974).

Moses was a master builder who left a legacy of parks, highways, public beaches and bridges. Mr Koppelman was also a man of great ideas, but more of a master planner.

“I have met very few planners with such a brilliant and far-sighted ‘vision of great scale and scope,’” Mr Caro wrote in an email. “Among his many accomplishments, he was the lead force in Suffolk County’s initiation of a program to conserve farmland — and Long Island’s disappearing open spaces — by allowing the county to purchase development rights.”

While Mr. Koppelman survived partisan political upheavals on Long Island, he was at times more successful in generating vigorous debate about his plans than in executing them.

His suggestions for a commuter rail line along the Long Island Expressway, an investment in 100,000 affordable homes and apartments, and a bridge or extended ferry service across Long Island Sound never got far off the drawing board.

He designed four master plans for Long Island, including one in 1970 that filled 60 volumes.

“There are two kinds of planners,” Frank DeRubeis, Smithtown’s chief of planning, told the Long Island History Journal in 2009. the plan or not”; the other “is a planner who completes the study and then makes every effort to carry out the plan.” Mr Koppelman, he said, “was the latter of the two.”

Lee Edward Koppelman was born on May 19, 1927 in Manhattan and grew up in Astoria, Queens. His parents, Max and Madelyn (Eisenberg) Koppelman, had a greenhouse in Queens and a flower shop on Madison Avenue.

After graduating from Bryant High School in Astoria, Mr. Koppelman enlisted in the Navy in 1945 and received a bachelor’s degree in electrical engineering from City College in 1950 and a master’s degree from Pratt Institute in 1964. He received a doctorate in public administration from New York University in 1970.

In addition to his daughter Lesli, he is survived by his wife, Connie; three other children, Claudia and Keith Koppelman and Laurel Heard; and three grandchildren.

In 1952, Mr. Koppelman, who ran a landscaping business, moved to Hauppauge, Long Island, where he became active in civil matters. In 1960, Suffolk County Director H. Lee Dennison named him the county’s first planning director. He held that position until 1988.

Together with Joseph De Chiara, he was the author of “Site Planning Standards” (1978) and “Urban Planning and Design Criteria” (1982).