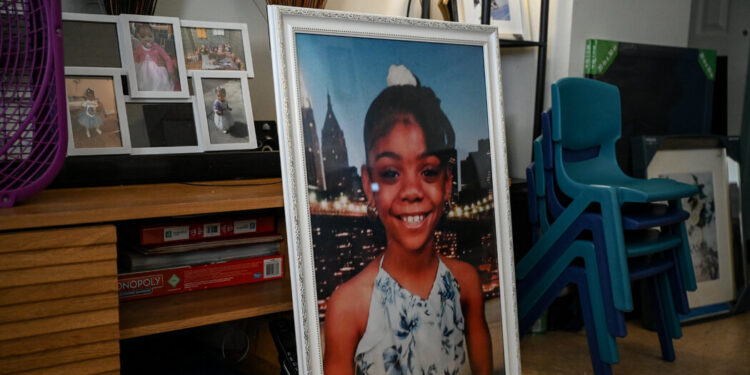 For nearly a year, law enforcement officers worked to investigate the murder of a 7-year-old girl named Julissia Batties, who was found fatally beaten in her mother’s apartment in the Bronx.

Julissia’s father and grandmother said researchers urged them to be patient; the matter, they said, was complicated.

Julissia’s murder was one of several deaths last year that led to a new city policy to keep a closer eye on the families suspected of abuse and improve coordination between the police and the child welfare organization, the Administration for Children’s Services. improve.

Immediately after Julissia’s death, her mother and half-brother had given contradictory statements – Mr. Fine said he hit Julissia for taking some snacks, but Ms Jones said the girl fell and banged her head on a desk, police said at the time.

In the end, Bronx District Attorney Darcel D. Clark said both were responsible for the death of Ms. Jones’ “innocent, defenseless 7-year-old daughter.”

Ms Clark said in a statement that Mr Fine attacked Julissia between August 8 and 10, the day of her death, and that Ms Jones, 36, received no medical attention as Julissia lay dying. The girl was beaten with enough force to damage her internal organs and had bruises and other injuries on her face, wrists, collarbone and thigh, Ms Clark said.

“This is a horrific, disturbing case of cruelty and insensitivity,” said Ms Clark.

Julissia’s paternal grandmother, Yolanda Davis, who raised Julissia for most of her life, said by phone from the Bronx courthouse where Ms. Jones and Mr. Fine were to be arraigned that the investigation should not have lasted that long. “But I’m glad we’re here now,” she added.

When Julissia was born in 2014, her mother had already lost custody of five other children – including Mr. Fine – after they were found showing signs of physical abuse.

As a newborn, Julissia was removed from her mother and father, Julius Batties, because the child welfare organization found that they did not provide “a minimum level of care”. She was sent to live with her grandmother, Mrs. Davis.

Mrs. Davis said she and Julissia had a good life together. “Whatever she wanted to do that made her day better, I did it,” she said in an interview last year.

Julissia’s mother struggled with her mental health. She took compulsory classes on anger management and parenting.

As she gradually became more fit as a mother, Mrs. Jones regained custody of one of her other children, and she also tried to get Julissia back. Although a social worker noted in 2019 that Julissia became upset every time a visit to her mother was mentioned, the child welfare system aims to reunite children with their parents. In April 2020, Mrs. Davis brought Julissia to her mother for an extended visit, and the Child Welfare Authority decided to make it permanent.

Last summer, neighbors said they often heard Ms. Jones yelling at her children. Police said there were at least nine reports of domestic violence on file from the family, although no information was available on the timing or outcome of the incidents.

Neighbors said they sometimes saw Julissia alone on the street. The person who saw the black eye, Jasmine Jones, who is not related to Navasia, said that Julissia told her it was inflicted by her mother. But an employee closed the complaint after visiting the house, where Julissia said she had been hit with a water gun, and her mother showed the toys.

In October, following the deaths of Julissia and three other children, the city appointed a captain to oversee child abuse cases in the Police’s Special Victims Division. history of violence, and restarted a cross-training program between the police and ACS

Mr Batties, who is seeking custody of a 3-year-old son he had with Ms Jones, said he felt “a lot of different emotions – happy, sad, disgusted” at the news of the arrests, but added: ” It’s a great feeling that the process continues.”

Mrs. Davis choked on Wednesday when she thought of her granddaughter.