Need a haircut? Pay what you want at this barbershop 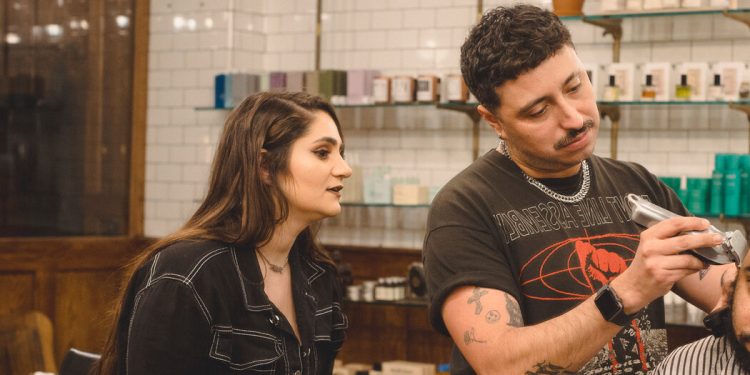 Good morning. It’s Monday. You’ve thought of moving your clock forward, haven’t you? Today we look at what happens when customers can pay what they can. We’ll also look at how New York’s State Capitol, which was inactive during the pandemic, is coming back to life.

It’s a counterintuitive strategy at a time when prices are rising: let customers pay what they want. Not even anything. But a chain of barber shops in Brooklyn and Manhattan is pleased with the results.

The chain, Fellow Barber, began offering pay-what-you-can haircuts as the city emerged from the pandemic. It’s a variation of a model called PWYW, pay what you want. One of Fellow Barber’s employees had tried it in California, where the chain also has stores, as a way to reach different subgroups of the population, including the homeless.

When the pandemic closures ended and barber shops reopened last year, company founder Sam Buffa decided to take pay what you want in-house and make it part of the company’s business plan. “Part of this idea is what’s been overlooked, especially in men’s culture — how transformative a haircut can be,” Buffa said.

It’s an approach a handful of retailers have tried, with mixed results. The travel booking site Priceline rose to fame with the slogan “Name your own price,” but has dropped that feature for flights, hotels, and rental cars. Radiohead released a PWYW album online in 2007 that was downloaded 1.2 million times in its first two days. Promising a better experience for those struggling with food insecurity, Panera Bread tried PWYW with several nonprofit cafes. It closed them after a management shake-up.

The online retailer Headsets.com offers PWYW once a year. “A few people rip us off and pay a dollar” for a purchase, said Mike Faith, the director, “but most people pay full price.”

Buffa, of Fellow Barber, saw PWYW as an opportunity to appeal to people whose jobs had disappeared while they were holed up in their apartments during the pandemic.

“We felt like there were a lot of people looking for a job, lost their way of making money and started re-entering the world,” he said, “and probably didn’t feel like they’re getting the haircut.” that they wanted or needed at a time when they needed it more than ever.” Or can afford a haircut at a store where the price list tops out at $75.

He started “pay what you can Mondays” as a once-a-week experiment. “It filled those gaps when we were slower, and it was nice to have energy in the shops and people cutting hair,” he said.

Business on Monday was better than he had expected. He said most customers paid about $25, about half the average price at Fellow Barber. The chain benefited because it paid hairdressers by the hour, unlike stores where hairdressers are only paid per haircut.

Now pay what you want, get a haircut every day of the week – from a ‘junior hairdresser’.

“Paying what you can gives them the chance to get more hair and get more reps,” he said — customers who come back when they like the results.

The results for the chain? “We assumed we were going to lose money,” Buffa said. “We were pleasantly surprised that we are breaking even.”

Enjoy a sunny day with a breeze that makes for a milder afternoon and mid-50s temperatures. At night it will be partly cloudy with temperatures dropping below 40 degrees.

The man accused by police of jumping over the curved reception desk of the Museum of Modern Art and stabbing two employees on Saturday was released on Sunday and appeared to be posting his own account on social media.

Police identified the suspect as Gary Cabana, 60, who said he was denied entry because his membership had been revoked. The two victims – a 24-year-old woman and a 24-year-old man – were admitted to Bellevue Hospital in stable condition, police said.

Surveillance videos showed a man entering the museum with a knife in one hand. Police said he was a regular at MoMA.

John Miller, a deputy police commissioner, said the accused man had been involved in two recent incidents of disorderly conduct at the museum. Police officials said a letter was sent Friday canceling his membership. When the man was denied entry on Saturday, he became “upset,” Miller said.

On Sunday, a Gary Joe Cabana posted on Facebook that “Security NEVER escorted me out of MoMA on the 2 ‘supposed’ days I ‘set up’ ‘the letter.’”

At another point in the post, he wrote, “Bipolar is a tough road to hoe. Dr. Jekyll to Mr. Hyde. Then you get framed” and complained about being ‘expelled from MoMA (not just the movies, ALL ART too )’.

MoMA, which was closed on Sunday, said it would remain closed today but would reopen on Tuesday.

Albany is up and running again

The pandemic halted the daily rhythm of New York’s cavernous State Capitol in Albany. Legislation became a solitary affair as elected officials worked remotely, away from the hallways where lobbyists tried to button them up, away from the front steps where activists staged demonstrations.

Suddenly the Capitol went from bustle to desolation. “It was like wandering through Hogwarts at night,” said Michael Gianaris, who, as deputy majority leader of the State Senate, was one of the few lawmakers to appear during the pandemic. “In a word, surreal.”

But now things are better in the Capitol. Lawmakers have largely returned for the 2022 legislative session, which runs from January to June, usually three or four days a week.

The Omicron variant disrupted the return to Albany, just as many expected normalcy. Omicron also slowed the recovery of the city center, which relies largely on legislative affairs and office workers.

About 70 percent of employees who work in downtown Albany have now returned to their offices, according to the Downtown Albany Business Improvement District. The MVP Arena, a stadium where sports matches and concerts are held, is again attracting a large crowd. The Palace Theater recently sold out in four hours for a comedy show starring Kevin Hart.

“Covid has halted the development and revitalization of the inner city,” said Georgette Steffens, the group’s executive director. “Now we pick up where we left off.” 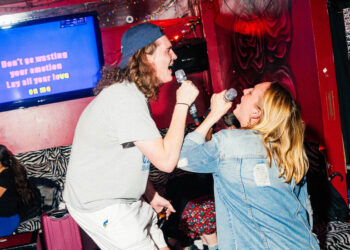 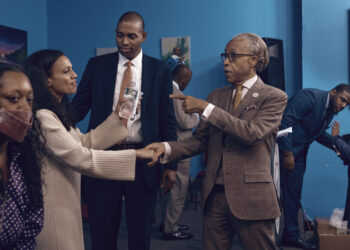 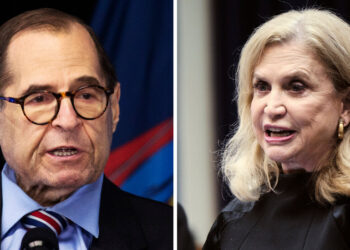