New York City is getting its own heat wave this week 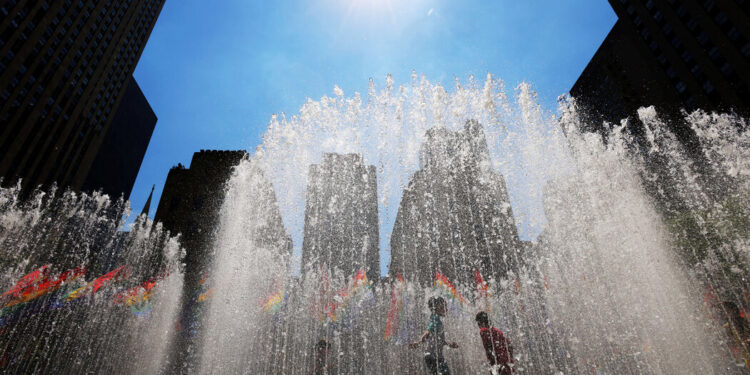 After being spared much of this summer’s woes, New York City and other parts of the Northeast will face several scorching days starting Tuesday, with mid-90s highs expected for much of the region through Sunday.

Wednesday and Thursday will likely be the hottest days of the week in New York, with humidity and temperatures converging for a heat index of about 100 degrees, said Melissa Di Spigna, a meteorologist with the National Weather Service.

Similar temperatures are all forecast for Boston, Philadelphia and Washington, DC this week.

Before the heat comes, a series of thunderstorms may come through. The Weather Service released dangerous weather forecasts for New York, New Jersey and southern Connecticut Monday, warning of a small risk of an isolated tornado, as well as damaging winds and showers starting in the late afternoon and evening.

Heavy downpours can also lead to localized flooding, according to the Weather Service advisory. A high rip current risk — meaning dangerous wind or wave conditions — has also been issued for parts of New York City through Tuesday evening.