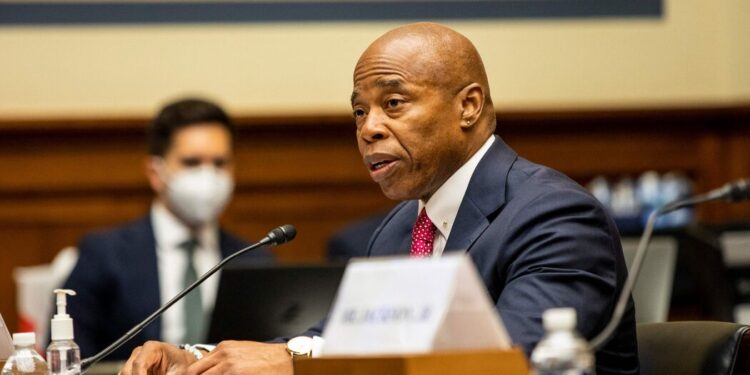 New York City Mayor Eric Adams called for bipartisan gun control legislation, a ban on assault weapons and federal aid to help cities and states address the root causes of violence during a testimony before the House Oversight Committee on Wednesday.

Mr. Adams, who was chosen on his promise to reduce crime, has struggled with high-profile subway shootings and the deaths of several children from stray bullets. The number of shootings and deaths in New York City remains at a higher level than two years ago, but has decreased compared to last year.

Last week, Mr Adams appointed a “czar for gun violence” for the start of the summer months, when shootings tend to rise in the country’s most populous city.

Mr. Adams has rejected calls to cut police funding and raised concerns about a return to New York City’s past discriminatory police policies by increasing police presence on the subway and bringing back a dedicated police squad which focused on weapon retrieval, which used abuse tactics in the past.

In a recent poll of New York City residents, 70 percent said they feel less safe today than they did before the pandemic. Mr Adams has recently focused on the issue of “ghost weapons” and an expected Supreme Court ruling that would overturn a law limiting people’s ability to carry weapons outside their homes.

The mayor asked for help to “dam all the rivers that lead to this sea of ​​violence. Common sense gun reform should become the law of the land,” he said.