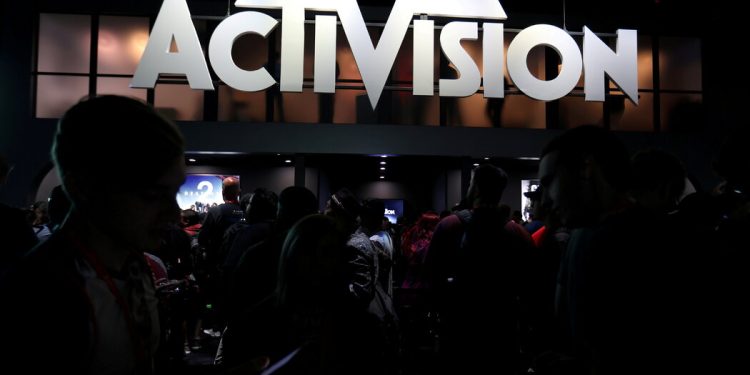 Five New York City employee retirement groups that own shares in Activision Blizzard, the controversial video game maker, are suing Activision for failing to hand over its financial data as the groups try to investigate whether Activision has a fair price received for the planned sale. to Microsoft.

The lawsuit, filed in Delaware court, says the New York groups are asking whether Activision has done its shareholders a disservice by agreeing to sell the company to Microsoft for about $70 billion, or about $95 a share. which according to the pension groups is undervalued. But they can’t dig into the company data they want to review, the lawsuit says, because Activision has refused to hand them all over.

The groups “are seeking access to certain books and documents to investigate the independence and disinterest of the board,” the lawsuit says, citing Activision’s board of directors.

The complaint comes from groups including the New York City Fire Department Pension Fund and the New York City Teachers’ Retirement System, and was dated April 26. It was reported earlier on Wednesday by Axios.

The pension funds question whether Activision CEO Bobby Kotick struck a quick and undervalued deal with Microsoft late last year, with little oversight from the board of directors, to avoid personal consequences he and his company could face in the treatment. of sexual misconduct. complaints against drivers.

“Kotick was aware of numerous credible allegations of misconduct by the company’s senior executives but did nothing to address them or prevent further violations,” the lawsuit said. “Kotick therefore had a high potential for liability for breaches of fiduciary duty, along with other members of the board of directors.”

An Activision spokesperson said the company disagreed “with the allegations in this complaint and looks forward to presenting our arguments in court.”

The lawsuit in New York joins a litany of legal action against Activision, which makes popular games like Call of Duty and Overwatch. Last summer, a California employment agency sued Activision for promoting a toxic and sexist work environment in which women were routinely harassed. In response, employees protested and top executives were forced to leave, although Kotick remained.