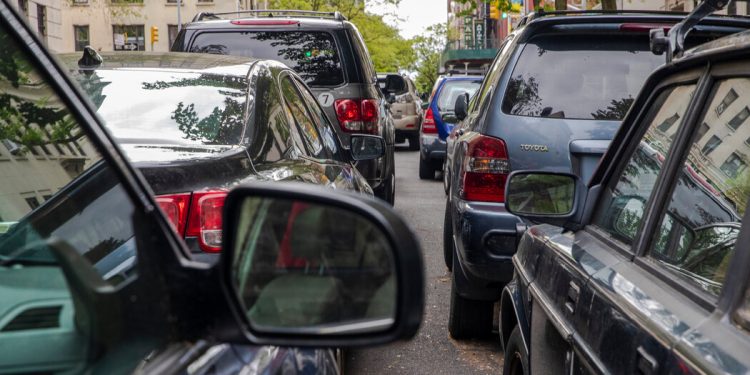 Any suspension of parking rules on the other side of town — be it in snow storms or religious occasions ranging from Purim to Diwali to Feast of the Immaculate Conception — is usually celebrated by motorists. And so it was in March 2020, when Brooklynite Mayor Bill de Blasio stopped the rules after New Yorkers complained they had to move their cars while in lockdown.

In June of that year, he reinstated the rules, but only required New Yorkers to move their cars once a week for street sweeping. Mr De Blasio described it as the “most sweeping reform” of parking rules in “decades”.

Mr. de Blasio called the move a boon to ordinary New Yorkers, and even the environment — an idea heavily contested by transportation proponents, who question how policies that make car ownership easier could be green.

“Look, our biggest concern is the climate, the biggest challenge is the climate crisis,” he said in October. “I think it’s a tradition in this town of people who have to constantly circle the block and be inactive and search for a space for 15, 20 minutes, 30 minutes every night, you know, that’s not what we want to see on any given night.”

Mr de Blasio promised to assess the impact of the policy on the cleanliness of streets and adjust if necessary. There were no substantive changes; the new rules continued until the end of his tenure.

The result was a dirtier city, city officials now say.

The data from the city’s non-emergency 311 system “shows very clearly that there has been a significant increase in litter, rodent and waste complaints,” said Sandy Nurse, the Brooklyn city councilor who chairs the sanitation committee.

Mr de Blasio did not respond to a request for comment.

Mr Adams, who took office in January, has worked to restore a sense of normalcy in the city. He has encouraged workers to return to offices and clear homeless camps, and the focus on cleanliness fits his broader message.