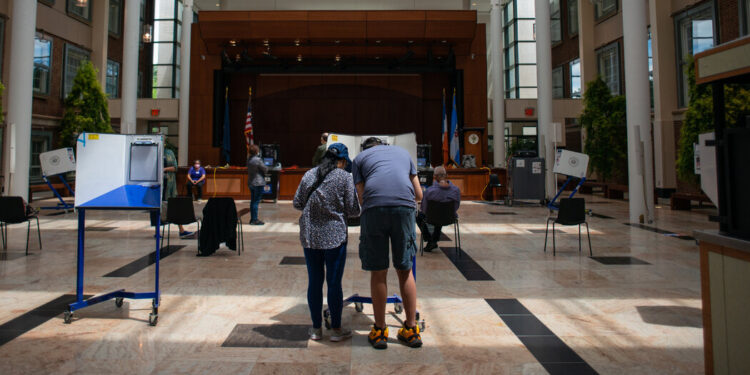 A law that would have allowed non-citizens to vote in local elections in New York City was dropped by a Staten Island Supreme Court judge, who said it violated the state constitution.

The measure, passed by the city council in December, would have enabled more than 800,000 green card holders or permanent legal residents to vote for offices such as mayor and city council.

But Judge Ralph J. Porzio ruled Monday that the new law violates constitutional guidelines that only eligible citizens can vote. A referendum would be necessary to give non-citizens the right to vote, the judge wrote.

The law would not go into effect until January next year, and the ruling will have no effect on Tuesday’s primaries in New York.

The legislation put New York City at the forefront of a national debate over voting rights, as some states began to expand eligibility while others went the other way, explicitly barring non-citizens from voting.

State and federal Republican Party leaders, as well as a handful of local Republican officials, had challenged the law.

“Today’s decision confirms those of us who can read the plain English words of our state constitution and statutes,” said Joseph Borelli, a Republican councilor for Staten Island and one of the plaintiffs. “Voting non-citizens in New York is illegal.”

City officials are “evaluating next steps,” said Fabien Levy, a spokesman for Mayor Eric Adams. Mr. Adams was initially a strong supporter of the legislation, but did not sign it into law when he became mayor; his passivity ensured that the bill automatically became law.