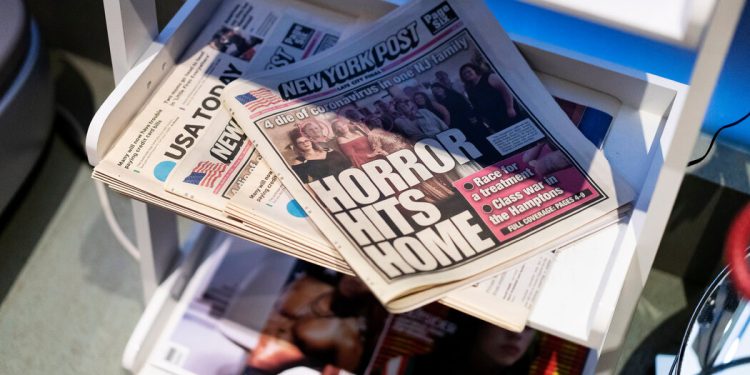 The editor, Michelle Gotthelf, was fired as chief digital editor of The Post in January and filed the lawsuit that month. In a joint statement on Tuesday, The Post and Ms Gotthelf said they had “amicably resolved” the lawsuit and it would be dropped against all parties.

The terms of the settlement have not been disclosed.

In her complaint, Ms Gotthelf said Colonel Allan, who for many years was editor-in-chief of The Post and a top lieutenant of Rupert Murdoch, the owner of The Post, had harassed her and suggested that she have sex. Ms Gotthelf said she had warned company executives about Mr Allan’s behavior and felt she was being sidelined.

Mr Allan retired from the tabloid in 2016. After spending some time in his native Australia, he returned to The Post in 2019 as a consultant.

Ms Gotthelf also cited the current editor-in-chief of The Post, Keith Poole, in her complaint and said he fired her for no reason two months after she told him about her experience with Mr Allan.

The agreement to settle the lawsuit came after a month of talks between Ms Gotthelf and the newspaper, a spokeswoman said.

In a statement on Tuesday, Ms Gotthelf said she was proud of her contributions to The Post.

“The Post is in good hands with Keith Poole at the helm,” she said.

Mr Poole added in a statement that Ms. Gotthelf’s “skills as an editor and reporter have been crucial in helping The Post achieve its current status, and we wish her every success in her future endeavours.”