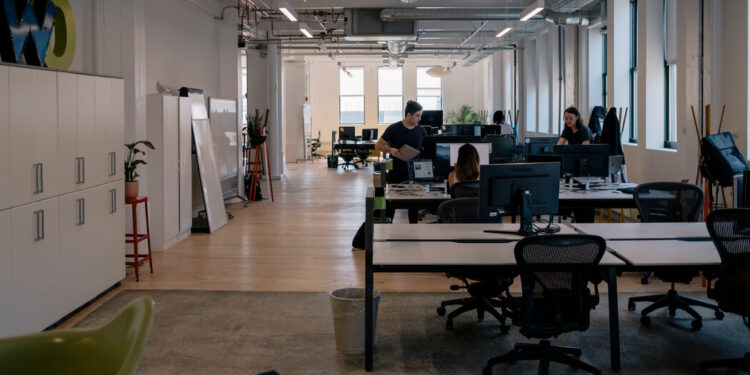 About 78 percent of the 160 major employers surveyed said they have adopted remote and in-person hybrid arrangements, up from 6 percent before the pandemic. Most employees plan to come to the office only a few days a week, the group said.

The seismic shift in office building use has been one of the most challenging situations in decades for New York real estate, a staple industry for the city, and the vast stock of offices in Manhattan, home to the two largest business districts in the country. , the financial district and Midtown.

About 19 percent of Manhattan’s office space is vacant, the equivalent of 30 Empire State Buildings. That percentage is up from about 12 percent before the pandemic, according to Newmark, a real estate company. Office buildings are more stable in Brooklyn, where vacancy rates are also about 19 percent, but haven’t fluctuated much since before the pandemic, Newmark said.

Daniel Ismail, the lead office analyst at Green Street, a commercial real estate research firm, predicted that the Manhattan office market would deteriorate in the coming years as companies adjusted their work arrangements and as leases signed years ago began to expire. In general, companies that have kept offices have shrunk as they realized they don’t need as much space, while others have moved to newer or renovated buildings with better amenities in transit-rich areas, he said.

Even before the pandemic, it was not uncommon for companies to move offices around the city or open separate locations outside of Manhattan. The city offers a tax break for businesses relocating to a suburb, with up to $3,000 in annual business income tax credits per employee.

Nearly 200 companies received it in 2018, for a total of $27 million in tax credits, the most recent data available, according to the city’s Treasury Department. But some office developers are betting that neighborhoods outside Manhattan will become attractive in their own right, enticing businesses specifically looking to avoid the hustle and bustle of Midtown.

More than 1.5 million square feet of office space is under construction in Brooklyn, including a 24-story commercial building in Downtown Brooklyn.