Photos of the scene of the Brooklyn Subway Shooting 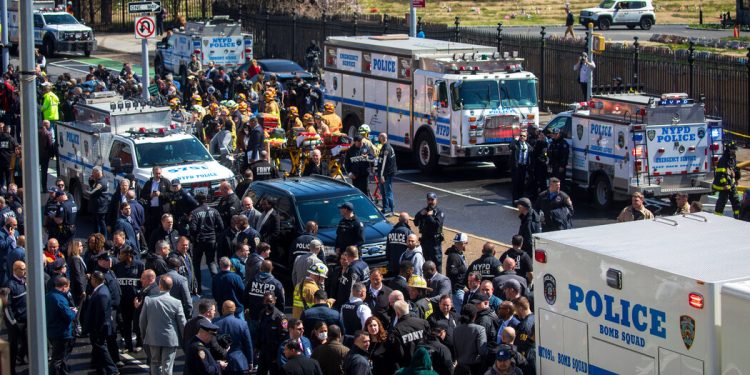 A “person of interest” was identified by New York police on Tuesday evening after a mass shooting at the 36th Street subway station in Brooklyn. At least 23 people were injured, officials said, in a violent episode that sparked public safety fears as New York City struggles to recover from the pandemic.

A man fired smoke grenades into a crowded subway, then opened fire, shooting 10 people, during the morning rush hour at the station serving the D, N and R lines will pass through the Sunset Park neighborhood around 8:30 a.m., police said. Another 13 people were injured from smoke inhalation, falls or panic attacks. On Tuesday night, Frank R. James, 62, whom police were looking for in connection with the shooting, was still at large, according to James Essig, the police chief of police.

Times photographers captured the scene in the aftermath of the shooting.

Andrew Hinderaker, a photo editor for DailyExpertNews, boarded an R train at the 36th Street station shortly before 8:30 a.m. train, so he returned to that train, which left the station on its way to the 25th Street stop.

When the train stopped at 25th Street, it stopped. There was panic among the riders and they started running for the exit, Mr. Hinderaker said. He heard someone calling for a doctor and followed that person to the front of the train. In one of the cars in front, he saw three injured people being cared for by bystanders. A uniformed officer approached, said his radio was not working and asked passengers to call 911.

Smoke filled the platform of the 36th Street station in the immediate aftermath of the shooting, the worst in New York City subway history.

Officers swarm the area looking for CCTV footage that could show the gunman. Mayor Eric Adams said the search was hampered by at least one faulty security camera at the station.

Gov. Kathy Hochul spoke near the scene in Sunset Park.

New York City police officers and MTA officials led subway riders away from the interrupted N and R lines after the shooting.

Firefighters respond to the shooting at a subway station on Fourth Avenue and 36th Street in Brooklyn’s Sunset Park.

Police officers gather near the station.

Officials said 23 people were injured on Tuesday, 10 of them from gunfire.