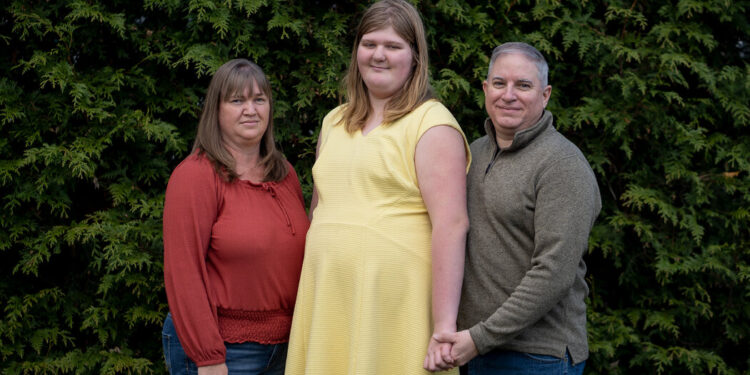 The Benedicts still find happy moments in their home. Sometimes they play Uno together. Sabrina brims with excitement as she shows her mother ballet moves, or talks about upcoming vacations, her favorite food, or her day at school. Or they flip through photo albums and think back to a vacation to Assateague Island.

One afternoon last year, Sabrina sat at the kitchen counter drawing an intricate blueprint of a house where she imagined one of her teachers lived. When Crystol got home, Sabrina ran to meet her. Then she plopped down on the couch, waiting for a massage. Her mother knelt beside her. Crystol pretended to bake a pizza on her daughter’s back – kneading dough, spreading sauce and sprinkling cheese.

But within the hour, Sabrina would be overwhelmed with disappointment, frustration, or an emotion she couldn’t name. She would stamp her foot, hard. And start to wail.

“Do you need help?” her father asked, even his voice, looking away.

In between the whimpers, Sabrina announced, “I’m crazy.” But she stopped her parents’ attempts to talk to her. “I hate you,” she said. “Go away!”

At such times, her mother encourages her to breathe in and out. “Sniff the roses and blow out the candles,” she says. And her parents stand there as if frozen, waiting for what happens next.

When Crystol first saw Sabrina sleeping in a crib in the hospital, she wept with happiness. It was July 2008. Unable to have a baby on their own, she and Jeremy had become foster parents and planned to adopt. They brought Sabrina home when she was only a day and a half old.

They were undaunted by what the foster care agency told them: Sabrina’s biological mother and father both had intellectual disabilities, and the father had been arrested on assault charges.