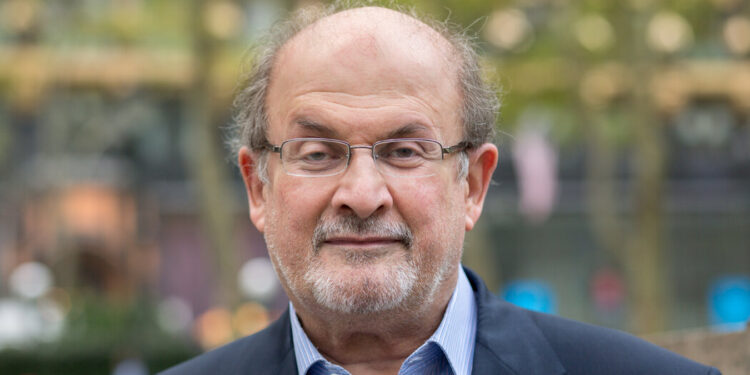 The attack took place in a center dedicated to learning and reflection. A video on TikTok that was subsequently removed showed the chaotic scene just after the attacker jumped onto the stage in the normally quiet setting. Mr Rushdie, who lived relatively openly after years of semi-clandestine existence, had just sat down to give a lecture when a man attacked him.

A crowd of people immediately rushed to the place where the author lay on the podium to offer help. Stunned spectators could be seen throughout the amphitheater. While some screamed, others got up and walked slowly to the stage. People began to gather in the aisles. Someone could be heard shouting “Oh my God” repeatedly.

Security at the Chautauqua Institution is minimal. In the main amphitheater, which regularly hosts popular music acts and celebrity speakers, and where Mr. Rushdie, there are no bag checks or metal detectors.

Little is known about Mr Matar, the man accused of the attack. At a house in Fairview, New Jersey, which is listed as his residence, no one answered the door on Saturday morning. Many neighbors of Mr. Matar said they did not know him or his family, although some residents, when they saw a photo of Mr. Matar said they recognized him as someone who walked around the neighborhood with his head bowed and never made eye contact.

In Lebanon, the mayor of Yaroun, a village on the southern border with Israel, said Mr Matar’s father lives there and authorities had tried to reach him without success. The father lives in a stone house in the center of the village and tends herds of goats and sheep, said the mayor, Ali Tihfe.

“He refuses to see anyone, or even open the door for us,” said Mr. Tihfe in a telephone interview.

Rushdie had been under threat of an assassination attempt since 1989, about six months after the publication of his novel The Satanic Verses. The book fictionalized parts of the prophet Muhammad’s life with images that offended some Muslims, who believed the novel to be blasphemous. Ayatollah Ruhollah Khomeini, who led Iran after the 1979 revolution, issued an edict known as a fatwa on February 14, 1989. It ordered Muslims to kill Mr Rushdie.