‘The Collaboration’, about Warhol and Basquiat, plans Broadway Bow 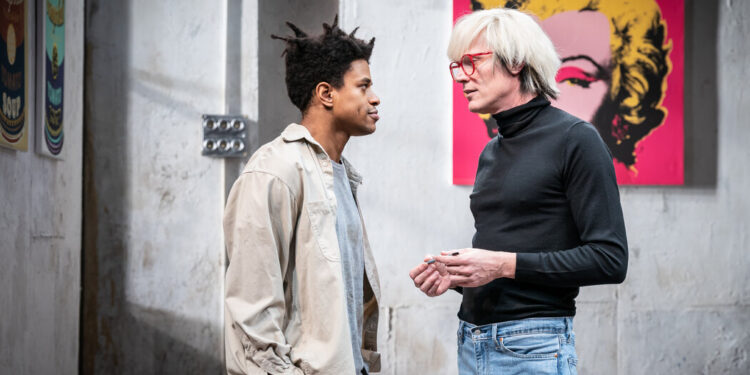 “The Collaboration,” a new play that explores the relationship between painters Andy Warhol and Jean-Michel Basquiat, will be brought to Broadway this fall.

Manhattan Theater Club, a nonprofit that operates the Samuel J. Friedman Theater on Broadway, said it would partner with London’s Young Vic Theater to present the play at the Friedman, with previews starting Nov. 29 and an opening night scheduled for December. 20.

The play was written by New Zealand’s Anthony McCarten, who is best known for his biographical screenplays, including Oscar-nominated ‘The Theory of Everything’ and ‘The Two Popes’, as well as ‘Bohemian Rhapsody’ and ‘Darkest Hour’. . † If all goes according to plan, “The Collaboration” will be McCarten’s second work to make it to Broadway, but narrowly; he has also written the book for “A Beautiful Noise,” a biographical musical about Neil Diamond, which is set to premiere on Broadway on November 2.

In “The Collaboration”, Paul Bettany (best known for playing Vision in several Marvel projects) plays Warhol and Jeremy Pope (who scored two Tony nominations in one season for “Ain’t Too Proud” and “Choir”. Boy”) as Basquiat. The two are expected to reprise their roles in a film adaptation.

The play (as well as the upcoming film) is being directed by Kwame Kwei-Armah, the artistic director of the Young Vic, where it premiered this year. It opened to mixed reviews, but both actors won praise for their performances, which Matt Wolf, writing in DailyExpertNews, described as “bravura.”

The play is set in 1984, when Warhol and Basquiat were working together. Both died later that decade.

“The Collaboration” is the second play to be presented on Broadway this season by Manhattan Theater Club; it’s slated to follow closely after Martyna Majok’s “Cost of Living,” which is expected to open in the Friedman in early October.