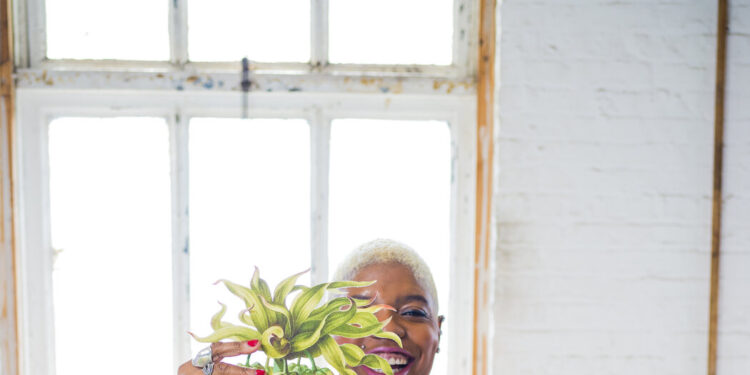 And she hopes it will encourage visitors to ponder what lies beneath the sprawling 250 acres of plants, waterfalls, rolling hills, and ponds. “A garden is an embellishment of the landscape,” says Patterson, 41. “What happens when you start peeling back the landscape and look not just between or under the plants, but into the soil?”

The piece, which focuses on glass vultures, will be on display from May 27 through September 17. Glass peacocks and casts of extinct plant species will also be on display, all stemming from the artist’s desire to invite visitors to rethink traditionally “icky”. parts of nature in terms of their necessary role and their potential as catalysts for disruption and change.

“I see vultures as land cleaners,” she said in an interview. “They consume bodies as an act of caring for a landscape.”

The installation, which she began conceptualizing in 2019 after visiting Hope Botanical Gardens in her hometown of Kingston, Jamaica, grew out of her thinking about land as “something that must be consumed” in order to reveal its truth, said Patterson, who is known for both her garden-inspired installations and large, colorful tapestries made from materials such as glitter, sequins, beads, jewellery, toys and fake flowers.

She also sees gardens as places of survival and renewal: for example, there are plant species in the garden’s herbarium that have disappeared from the wild. “I’m interested in reviving those plants through glass,” she said. “What does it mean to sit with a ghost and learn from a ghost?

“Not just plants,” she added, “but bodies that would have come through space. Especially invisible bodies, when we think about whose stories are not told or easily identified in spaces such as a garden.