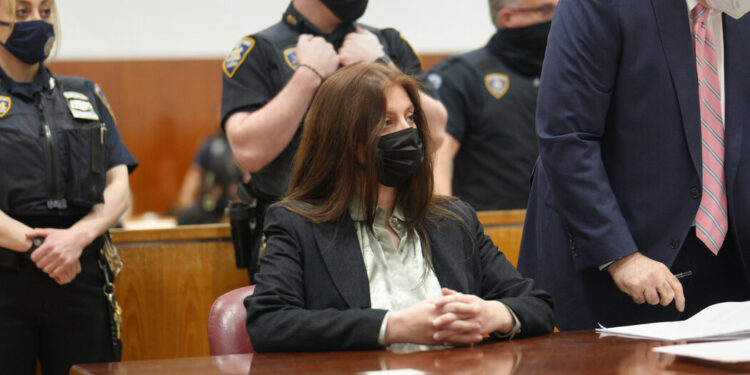 Her attorneys, John Esposito and John Leventhal, argued that Ms. Pazienza had shown that she would not flee by appearing in court, saying that the $500,000 bail set this year by another judge and paid by her friends and family was more than enough to ensure her return to court.

Mr Esposito also argued that the manslaughter charge was a “drop-out”, adding that Ms Pazienza was “receiving therapy and addressing various issues”.

But the judge, Felicia A. Mennin, was not convinced and ordered that Ms. Pazienza be held without bail.

At that order, Morgan Jenness, a friend and student of Mrs. Gustern’s sitting in the courtroom, slammed her fist on a court bench with approval. Outside the courtroom, Ms Jenness, 65, said the warrant was a “first step toward justice.”

Ms. Gustern was a well-known and respected vocal coach who had worked with Blondie lead singer Debbie Harry and Broadway singers, including the cast of the 2019 revival of “Oklahoma”.

Ms. Jenness said she started taking voice lessons from the coach about five years ago, and that, even at age 87, Ms Gustern had more energy than any of her students. She loved life, Ms. Jenness said, and “would never have said a mean thing to anyone.”

“The fact that someone ran across the street to push her because they had to take it out on someone is sad,” she said. “I doubt she thought she was going to kill her, but there are consequences. You can’t just throw tantrums because the world isn’t going your way.”