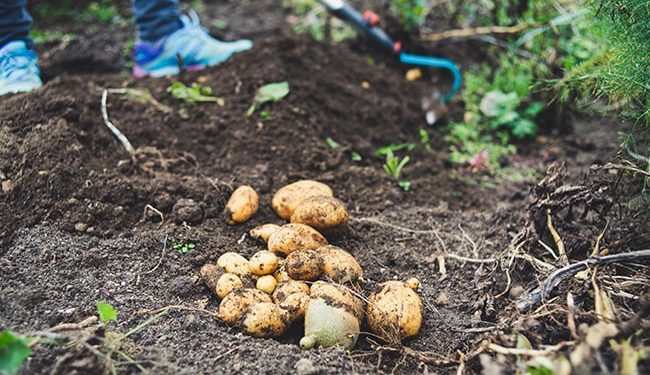 Among hundreds of muddy potatoes, a World War II grenade was picked up on a conveyor belt at a hot chip factory in New Zealand. According to the IndependentA bomb squad had to be called to the Mr Chips factory in Auckland after the explosive was found among 28 tons of potatoes destined to become chips.

The old grenade, which has since been confirmed to be a training grenade containing no explosives, is said to have been unearthed during harvesting at a farm in the New Zealand town of Matamata. Earlier this month, an alert night shift worker had seen the grenade roll along a conveyor belt. Notably, this is the first sighting of a weapon in the factory’s 30-year history.

Citing news site stuffthe Independent reported that Richard Teurukura, the worker, was doing routine work to find rocks in the 100,000 potato delivery when he spotted the conveyor belt to look at the suspicious-looking object. Teurukura initially mistook the explosive for a large rock, but after dusting excess mud from the object, he suspected it was something else. The worker then asked his colleague, who is an engineer, to confirm his suspicions, after which the area was cordoned off.

The grenade was reportedly insulated and placed on a concrete parking girder, with the area around it being shielded with tires. The police were then called in, who later alerted the New Zealand Defense Explosive Ordnance Disposal Team. After examining the device under an X-ray machine, the grenade turned out to be a dud, probably used for training purposes.

The explosive was an 80 year old British manufactured “Mills bomb” hand grenade. It was widely used in World War II. According to the IndependentMr. Chips factory operations manager, Roland Spitaels, said this was the first weapon to be discovered at the factory in its 30-year history. He said the grenade looked very much like a “muddy potato” at first.

The grenade is now with the police and is being inspected. However, Mr Spitaels said he would eventually like the device back for the factory’s trophy room. It is worth noting that such grenades have also been observed in potato fields in Europe in the past.