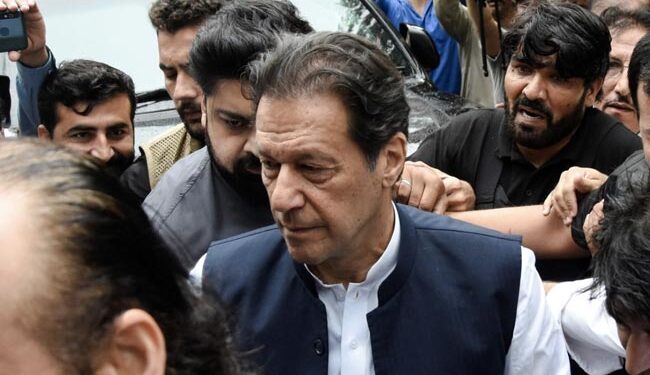 Imran Khan’s bail is extended until September 20 with the same securities. (File)

A Pakistani court on Monday extended ex-Prime Minister Imran Khan’s bail for another eight days on terrorism charges over a speech in which he allegedly threatened police and bailiffs, his lawyer said.

Khan, who appeared in person in court, was included in the case by police in August. This is the fourth time he has been released on bail in this case.

“Bail will be extended until September 20 with the same securities,” Khan’s lawyer Babar Awan told Reuters.

Khan has denied threatening the officials, saying his words were taken out of context.

“This is tantamount to mocking the anti-terrorism law; mocking our country,” he told reporters outside the court on Monday after securing his bail.

The terrorism case is one of a wave of legal battles for Khan, who was ousted as prime minister by a parliamentary vote in April.

The court said last week it would charge Khan in the coming days for contempt of trial in a case that threatens his future as it could disqualify him from politics for at least five years.

Khan, who still enjoys widespread support, is holding political rallies across the country to pressure the government into calling early elections. Official elections will not be held until November next year.

The government says the polls will be on time and has rejected Khan’s call for snap elections.

It is during one of these rallies that Khan thundered at police and judicial officials. He has also targeted the top of the country’s military, which issued a rare direct public rebuke to Khan for his statements earlier this month.