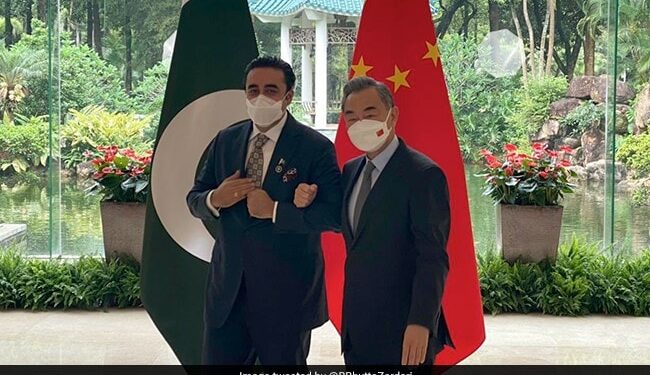 Ahead of Tuesday’s Quad summit, Chinese Foreign Minister Wang Yi criticized the United States’ Indo-Pacific strategy on Sunday, accusing the group of four countries had been formed under the guise of freedom and openness, but with the aim of keeping China in check.

He made these comments at a news conference after talks with visiting Pakistani Foreign Minister Bilawal Bhutto Zardari in Guangzhou, the Xinhua news agency reported.

This is because the strategy has betrayed its intent in an effort not only to erase the name “Asia-Pacific” and the region’s effective regional cooperation architecture, but also to erase the achievements and momentum of peaceful development, it said. Cheek.

So nice to visit #Guangzhoumeet Council of State & FM #WangYi, celebrate 71 years 🇵🇰🇨🇳 lasting ties and discuss matters of mutual interest. I thank the Council of State for the warm reception and gracious hospitality in #China† pic.twitter.com/NaFY0cpZVq

Wang said that the people of Asia-Pacific want national stability and a happy life, while countries in the region do not want to take sides, and hope that countries can live together in harmony and pursue a win-win cooperation.

Wang criticized the US for creating the “Indo-Pacific Strategy” to form small cliques in the name of freedom and openness to contain China.

Pakistan’s foreign minister began his two-day visit to China on Saturday. The visit comes amid the slow progress of CPEC projects and the deteriorating security situation in Pakistan that has created friction between the two countries.

Pakistan’s foreign minister, who also attended the press conference in Guangzhou, said both leaders engaged in talks on economic coordination, industrialization and the China-Pakistan Economic Corridor (CPEC), which has encountered hurdles by the faltering Pakistani economy.

During the press conference, Bilawal claimed that the friendship between China and Pakistan is growing stronger and that he is grateful for China’s support in every difficult time, Ary News reported.

The newly appointed foreign minister also condemned the recent terrorist attack on Chinese citizens at Karachi University. He promised to bring the responsible culprit to justice and gave guarantees about the safety of the Chinese workers at the CPEC project.