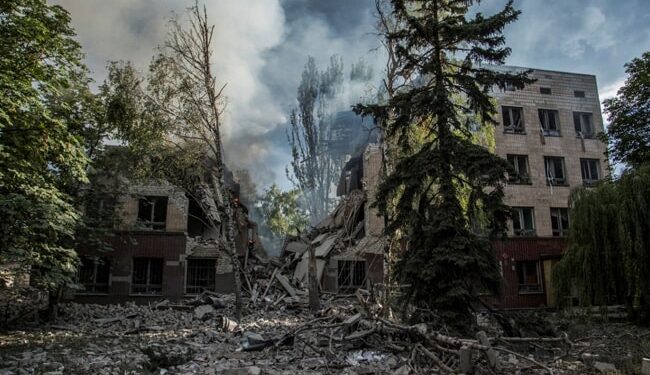 Calls to the Ukrainian General Staff and Ministry of Defense went unanswered.

Russia has focused on expelling Ukrainian troops from the Luhansk and Donetsk regions of the Donbas, where Moscow-backed separatists have been fighting Kiev since Russia’s first military intervention in Ukraine in 2014.

The defense ministry said its troops had taken the villages around Lysychansk, which surrounded the area, and are now fighting Ukrainian forces in the city.

“Russian troops and units of the Luhansk People’s Republic are fighting in Lysychansk and completely defeat the encircled enemy,” the ministry said in a statement.

Calls to the Ukrainian General Staff and Ministry of Defense went unanswered. The ministry did not immediately respond to an emailed request for comment.

The Russian Defense Ministry added that it had hit military infrastructure in the eastern Ukrainian city of Kharkov, as well as a base used by foreign fighters on the outskirts of Mykolaiv in the south of the country.