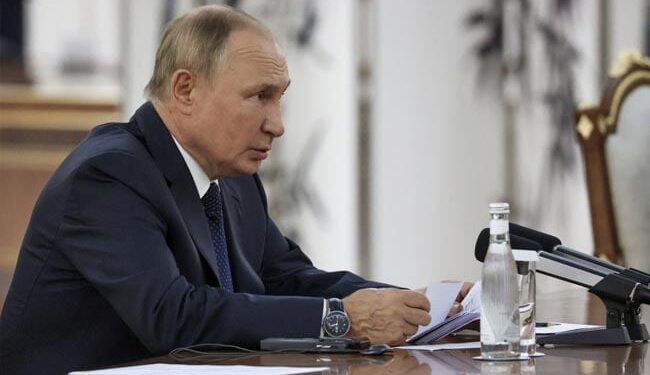 Russian authorities today promised to correct errors in their troop call for Ukraine, after some public outcry over students, elderly or sick people who accidentally had to report for duty.

When Russian President Vladimir Putin announced a partial mobilization on Wednesday, he said only those with “relevant” skills or military experience would be concerned.

But many expressed outrage after seeing — sometimes absurd — cases of authorities summoning people unfit for service.

In the same region, 58-year-old school principal Alexander Faltin was summoned, despite having no military experience.

His daughter posted a video on social media that went viral.

He was allowed to go home after his documents were reviewed, according to RIA.

Speaker of the Senate Valentina Matviyenko called on all governors – who oversee the mobilization campaigns – to avoid mistakes, in a rare confession today.

“Incorrect cases of mobilization … provoke fierce reactions in society, and rightly so,” Ms. Matviyenko said in a statement to Telegram.

“Some assume that quickly turning in their report (to their superiors) is more important than properly fulfilling this important mission,” she added.

“This is unacceptable… Make sure that the partial mobilization is carried out completely and completely in accordance with the criteria. And without a single mistake!” she ordered.

The governor of the northwestern region of Leningrad, Alexander Drozdenko, told local district chiefs to “take residents’ occupations under your personal control and handle each individual case,” according to a statement posted on his government’s website Sunday.

The governor of the Vladimir region, Vladimir Avdeev, said on Saturday that “anyone who is accidentally mobilized will return home”.

The errors are painted as isolated cases.

But the very fact that the Russian authorities are talking about them points to concerns about the level of outrage from a section of the population.

This new example is Russia’s latest logistical problem exposed since the start of the Ukraine offensive in February.

Russia on Saturday announced the replacement of its top general in charge of logistics amid this mobilization.

He cited several anomalies, including the recruitment of 70 fathers from large families in far eastern Buryatia, and of nurses and midwives without any military skills.

Fadeev said these recruits were called up “under threat of criminal charges”.

Fadeev also criticized those “who handed out the subpoena at 2 a.m. as if they all thought we were conscription evaders.”

Several students told AFP that they had been given call-up papers, despite promises from Russian authorities that they would be excluded from the recruitment campaign.

President Putin signed a decree on Saturday confirming that students at secondary vocational and higher education institutions would be exempted from mobilization.

Detained anti-mobilization protesters said police had given them summons papers into custody and ordered them to enlist in the attempt they denounced.

But the Kremlin defended the proceedings on Thursday, saying: “It is not against the law”.