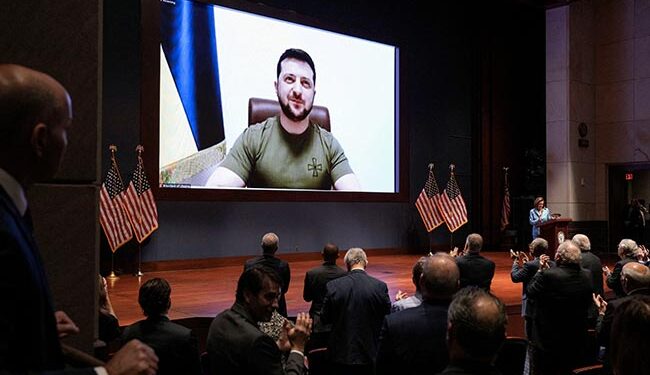 Ukrainian President Volodymyr Zelensky said on Thursday that Russia controls about a fifth of his land, including territorial gains from the invasion of Moscow, the annexed Crimean peninsula and territory held by Moscow-backed separatists.

“Today, about 20 percent of our territory is under the control of the occupiers,” the Ukrainian leader said during a speech to lawmakers in Luxembourg.

Russian forces are strengthening their hold on the eastern Donbas region and are steadily pushing through to Kramatorsk, Ukraine’s de facto administrative center in that region.

However, they withdrew from regions around the capital and to the northeast to focus on their offensive for the eastern industrial region.

Zelensky said in 2014 Kremlin-backed separatists and the Russian military controlled 43,000 square kilometers (16,600 sq mi), an area he compared to the size of the Netherlands.

But that figure – more than three months after the Russian invasion – had risen to nearly 125,000 square kilometers, an area he said was “much larger” than the Netherlands, Belgium and Luxembourg combined.

He also told lawmakers that an area more than twice the size — “nearly 300,000 square miles” — was “contaminated” with mines and unexploded ordnance.

“Twelve million Ukrainians have been displaced and more than five million have gone abroad,” he added.