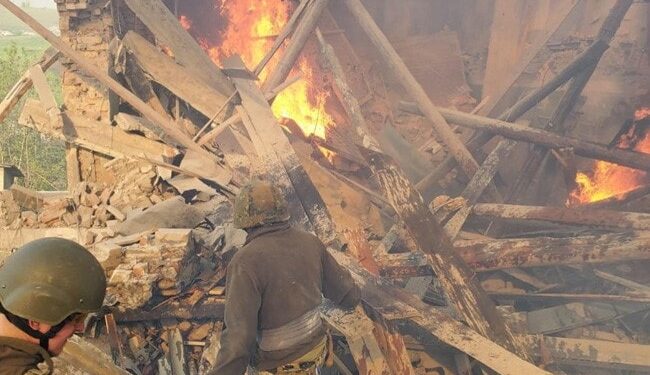 The woman said she lost everything, including the family photos (File)

The Russian rocket turned Vera Kosolopenko’s tiny house into a fiery pyre that consumed the Bible and all the other precious memories she cherished of her late husband.

“I’ve lost everything that connected me to him,” she cried on Saturday as she stood by the smoldering remains of the house destroyed by the rocket the day before. “All I have left is the portrait engraved on his tombstone.”

The little 67-year-old widow is lucky to be alive.

She and two friends were drinking tea in the house when the rocket hit the roof, she said. “It went so fast. It was scary.”

According to villagers, the rocket was one of five rockets that hit the leafy hamlet 16 miles (26 km) north of Kharkov in quick succession, near where Ukrainian forces expelled Russian troops attempting to capture the country’s second-largest city during the invasion of Moscow on February 24.

The Russians do not occupy Bezruky, which is only 17 km from the border. But occasionally they sent vehicles to patrol the narrow dirt roads before their forces were driven back by the nearly two-week-old Ukrainian counter-offensive, villagers said.

Since the beginning of the war, Bezruky has faced almost constant shellfire that has destroyed or damaged many of the houses. Rocket and bomb craters dot its lanes and the dirt road leading to the village, the occasional ditch and bunker visible in the trees lining the berms.

Countless Ukrainian villages like Bezruky have been devastated by the invasion that nuclear-armed Russia claims it must launch to wipe out a threat Ukraine posed to its security.

Ukraine and its foreign supporters say thousands have died in the Kremlin’s unprovoked war of aggression that has uprooted millions of others and left towns and villages in ruins.

“I LOVE THIS PLACE”

Kosolopenko, a mother of five, from the northeastern city of Sumy, moved to the village in 2001 with her late husband, where he had relatives. He died two years ago.

There has been no electricity or bottled gas since the outbreak of the war. She lived mainly on humanitarian aid and eggs from a few chickens, and cooked in her backyard over a fire lit under a makeshift oven made of various stones and metal plates.

The missile, Kosolopenko said, fell at 9 a.m. Friday. It set her roof ablaze in a hail of flaming shards that set fire to a wooden shed in her narrow backyard.

“We heard a huge explosion as it landed and shattered all the windows,” she recalls.

When a second rocket hit nearby, she and her friends fled into a stone-lined basement dug into the side of her house.

Kosolopenko “took her tea, and I grabbed a plastic bag with a book in it, and we ran to the basement,” said her friend, Alla Bazarnaya, 40, from Kharkov.

Bazarnaya said she moved in with Kosolopenko in January after the couple became friends at a hospital in Kharkiv, where she was being treated for a stroke and her host for high blood pressure.

“The most important thing is that I felt that I was spared by God and that we had to go to the basement,” she said.

The roof, second floor and storage room were ablaze when the couple emerged.

Kosolopenko said she called a nearby fire department when neighbors rushed to her home carrying water-filled buckets and other containers. They couldn’t put out the flames.

“The firefighters replied that there was shelling and that they could not come here,” she said. “They didn’t come here until six hours later. If they had come earlier, they could have put out the fire on the second floor and saved the ground floor.”

The flames reduced her home and storage room to blackened shells, leaving the backyard covered with charred debris and ash. Only cinder blocks and brick walls remained.

Kosolopenko said she had lost everything, including the family photos and the Bible that had belonged to her husband’s father.

“This is so painful for me,” she cried. “I don’t know how to rebuild this house. I loved this place.” 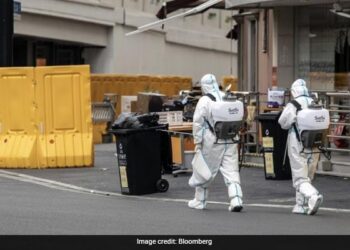 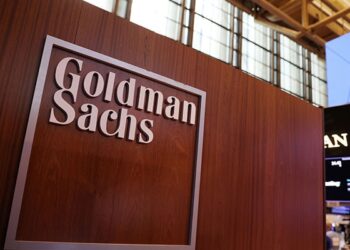 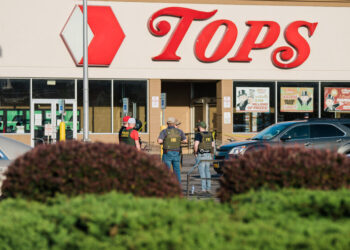