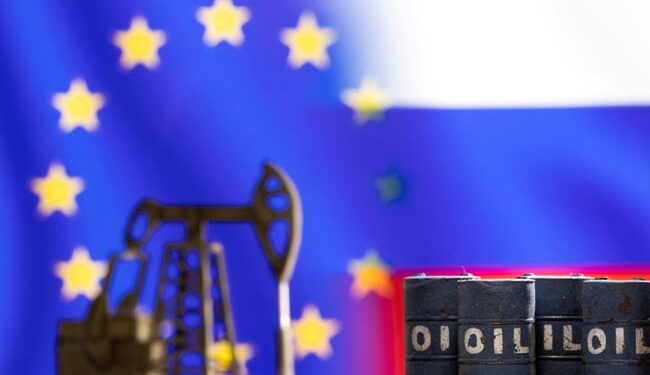 The EU reached an agreement on Friday on a price cap of $60 per barrel for Russian oil. (File)

The US has welcomed the $60 per barrel price cap on Russian oil, describing it as an “important tool” that will benefit emerging markets and low-income economies and President Vladimir Putin’s finances, which he used to ” brutal invasion” will further cripple. on Ukraine.

The European Union reached an agreement on Friday on a price cap of USD 60 per barrel for Russian oil. The Group of Seven Nations and Australia joined the European Union in adopting the price cap on Russian oil, designed to significantly reduce Moscow’s income and President Putin’s ability to continue funding the war in Ukraine.

Europe had to set the discounted price other countries will pay on Monday, when an EU embargo on Russian oil shipped by sea and a ban on insurance for those deliveries takes effect.

“The price cap will encourage the flow of discounted Russian oil to global markets and is designed to help protect consumers and businesses from global supply disruptions,” US Treasury Secretary Janet Yellen said Friday.

“The price ceiling will particularly benefit low and middle-income countries that have already suffered the most from the high energy and food prices exacerbated by Putin’s war,” she said after the G7, the European Union and Australia had jointly set a cap on the price of Russian crude oil by sea.

Next week, the Price Cap Coalition will ban a wide range of services, including marine insurance and trade finance, related to the maritime transportation of crude oil from the Russian Federation unless buyers purchase the oil at or below $60 a barrel.

Importers who buy Russian oil at or below the price cap retain access to a range of coalition country services vital to the oil trade. On February 5, 2023, this ban on services will be extended to the maritime transport of petroleum products of Russian origin, unless the products are sold at or below a price cap to be announced before February 5.

The US said the price cap is an “important tool” to limit the revenue Russia receives to finance its illegal war in Ukraine, while maintaining a reliable supply of oil in world markets.

This policy is especially critical to making oil supplies available in low- and middle-income countries hard hit by the fallout from the Russian war, the US said in a statement.

“Whether these countries buy energy inside or outside the limit, the limit will allow them to negotiate sharper discounts on Russian oil and benefit from greater stability in global energy markets,” Yellen said.

“Today’s action will also help to further constrain Putin’s finances and limit the revenue he uses to fund his brutal invasion. With the Russian economy already shrinking and its budget getting thinner, it will immediately slashing the price cap on Putin’s main source of income,” she said. said.

Yellen said she looks forward to continuing to work closely with US allies on the implementation of the price cap and on their joint efforts against Russia’s unprovoked aggression.

The Treasury said the price cap will especially benefit emerging markets and low-income economies that are highly exposed to rising energy prices. The Russian war in Ukraine has disrupted energy markets and caused widespread economic hardship, from natural gas shortages in Europe to increased oil prices around the world.

“The increase in energy prices has proved particularly detrimental to those economies with increased vulnerability to energy price shocks. These economies are well positioned to benefit from the stabilizing effect of the price cap on prices for two reasons,” the report said.

First, countries in the Price Cap Coalition have already committed to ban or phase out Russian oil imports and will not immediately benefit from a lower price.

Accordingly, it is potential buyers elsewhere — particularly emerging markets — who can directly benefit from cheap Russian oil, it said.

On Tuesday, Russian Foreign Minister Sergei Lavrov said Moscow is not concerned about the price cap that the West will impose on its oil exports.

“We are not interested in what the price cap will be, we will negotiate directly with our partners, and the partners who continue to work with us will not look at these caps and will not give guarantees to those who introduce them illegally.” as he was quoted by the state-run Tass news agency.

Lavrov stressed that there is always a trade-off in negotiations with India, China, Turkey and other major buyers of Russian energy resources regarding timing, volumes and prices.

“It should be decided on a mutual basis between producers and consumers, and not someone who has just decided to punish someone,” the Russian foreign minister said.