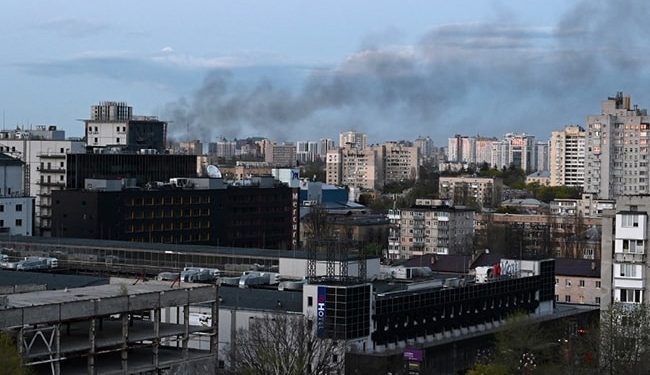 The invasion caused flooding in Demydiv after a Russian attack on a nearby dam. (representative)

When the flood hit, Maria Didovets was unable to open the door to leave her home near Kiev because it would have let more water in, so the 82-year-old had to climb out of a window.

In addition to the devastation and death caused by Russian missiles, the invasion also led to flooding in the village of Demydiv after a Russian attack on a nearby dam.

“The water was pouring in. We’ve had such a hard time,” said Didovets, who wore wellies and stood in the ankle-deep water in front of her house whose basement is still submerged.

Pumps buzzed as they drained the water that poured into the basements of dozens of homes, an important place for storing canned food in many Ukrainian households — but knee-deep water remained in some places.

The Russian attack struck the dam and a hydroelectric power station in late February, causing a torrent of water to flow from the Kiev reservoir into parts of Demydiv, village leader Oleksandr Melnychenko told AFP.

When Russian forces launched their attack on Kiev in late February, Demydiv – a settlement of closely spaced rows of small houses with gardens – was at the heart of the war.

To block the Russian advance, the Ukrainian army blew up the bridge at the village crossing the Irpin River, as well as in other places near Kiev.

The road that goes through Demydiv and over that bridge goes straight into the center of Kiev — it’s about an hour’s drive to the Presidential Palace.

Unable to cross, the invaders turned in a different direction, with Melnychenko saying they eventually headed for Bucha, the city now synonymous with war crimes allegations involving Russian soldiers.

“Had we not done this…the Russians would have fired from Kiev,” he said, explaining that it prevented them from reaching two more villages on the way to the capital.

In addition to blowing up the bridge, authorities had also opened the dam, raising the river level by about 30 centimeters (one foot) and making it too wide for Russians to cross using a portable pontoon bridge, he said.

‘Neither tanks nor floods’

But flooding struck later when a projectile hit the dam on Feb. 27, causing water to rise several meters near the village.

Had there not been a levee on the outskirts of Demydiv, the flow of reservoir water would probably have done much greater damage.

Although the floodwater never breached the levee, residents said it seeped up from the ground.

On the dike itself, driftwood, consisting of sticks and plastic bottles, turned out to show a high water line, far below the crest of the barrier.

About 60 of the village’s 750 households were affected by flooding – far fewer than the 200 or so damaged or destroyed in the fighting.

But two months later, there are still attempts to pump out the water.

It seems it will be weeks before all the water is removed and the houses dry out, but the expanse of plain that took in most of the water will clearly not be dry for a long time.

However, engineers have already restored enough of the bridge over the Irpin River for cars to run on it again on Saturday.

Construction crews in other areas near Kiev have also built smaller bridges with metal beams running parallel to their larger but blast-destroyed counterparts.

In some areas north of the capital, drivers can be seen carefully sliding their vehicles onto temporary metal pontoon bridges bobbing in the water under the weight of crossing cars.

But the war and its aftermath have left Didovets, the elderly resident whose house is still submerged, angry and exhausted.

“No tanks and no flooding,” she said firmly. 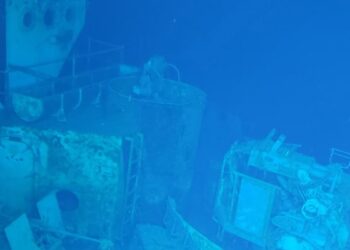