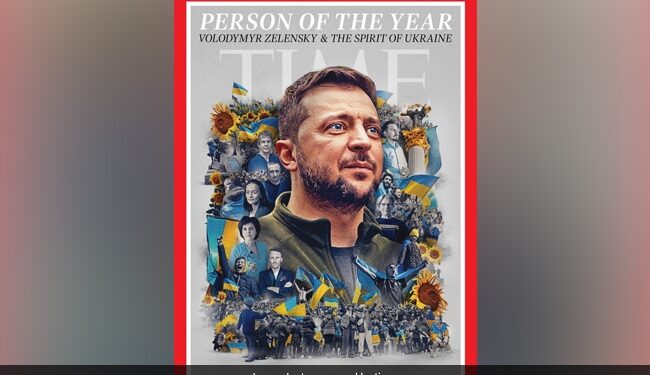 Putin, who was TIME’s person of the year in 2007, is increasingly isolated from the West.

The Kremlin said on Thursday that TIME magazine’s decision to name Ukraine’s president Volodymyr Zelensky as “Person of the Year” reflected “Russophobic” trends in Western countries.

The comments came after Zelensky was named “Person of the Year” by the magazine on Wednesday and “Most Influential” Person in Europe by Politico on Thursday.

TIME noted that his choice to appoint Zelensky was “the clearest in memory”, praising the leader’s decision to remain in Kiev and rally his country amid the Russian offensive.

“The editorial line of the publication does not go beyond the European mainstream, which is absolutely blind, anti-Russian and frantically Russophobic,” Kremlin spokesman Dmitry Peskov said.

The military operation has proved transformative for the 44-year-old former comedian, catapulting him from the combative leader of a struggling European outlier to a global household name and standard-bearer of opposition to Russian leader Vladimir Putin.

He has garnered Western support for his country in almost daily foreign talks and meetings.

Putin, who was TIME’s person of the year in 2007, is increasingly isolated from the West.