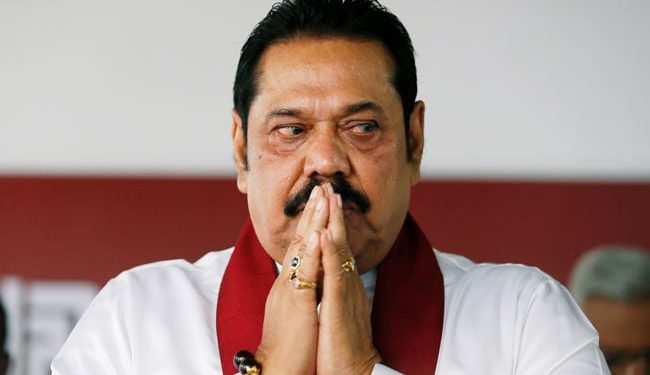 The Court had previously issued an interim measure preventing Mahinda Rajapaksa from leaving the country.

The Sri Lankan Supreme Court had previously issued an interim injunction preventing them from leaving the country until August 11 without the court’s approval.

A motion had been filed in the Supreme Court to request a travel ban abroad from Mahinda Rajapaksa, Basil Rajapaksa and former Governor of the Central Bank of Sri Lanka, Ajith Nivard Cabraal, Colombo Gazette reported.

The motion called for an investigation to be conducted against the individuals responsible for the economic crisis in Sri Lanka, in accordance with a fundamental rights petition filed with the Supreme Court.

Meanwhile, the Sri Lankan Ministry of Immigration and Emigration has canceled the medical visa issued to British citizen, Kayleigh Fraser, who posted content on social media about the Galle Face protest.

She has also been asked to leave the country by August 15, News Wire reported.

On July 22, 2022, a large military group, along with the police, launched a raid near the presidential secretariat and the Galle Face protest site to clear the area of ​​protesters. Several arrests were made.

The armed soldiers were deployed to contain the protesters protesting against new Sri Lankan President Ranil Wickremesinghe outside the premises of the Sri Lankan Presidential Secretariat. Protesters allege security personnel raided the anti-government protest camp in the capital early Friday.

As many Sri Lankans experienced an extreme shortage of essential items, including food and fuel, peaceful protests began in March. The protests led to then Prime Minister Mahinda Rajapaksa resigning on May 9, and his brother, President Gotabaya Rajapaksa, fleeing the country on July 13 and stepping down the following day.

Wickremasinghe became acting president and parliament elected him as new president on 20 July with the support of the political party of the Rajapaksas, the Sri Lanka Podujana Peramuna.

Sri Lanka continues to suffer from a serious shortage of fuel and other essential supplies and is in its worst economic crisis ever with inflation soaring. The oil shortage has resulted in schools and government offices being closed until further notice.

Reduced domestic agricultural production, lack of foreign exchange reserves and depreciation of the local currency have fueled the deficits.

The economic crisis will force many families into starvation and poverty — some for the first time — in addition to the half-million people estimated by the World Bank to have fallen below the poverty line as a result of the pandemic.