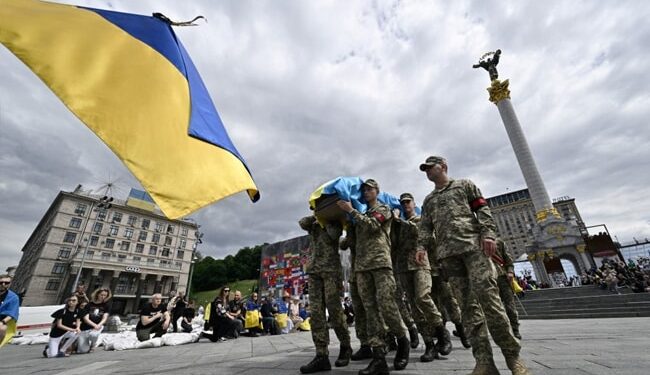 Ukraine says it is investigating thousands of possible war crimes committed during the Russian invasion.

Ukraine is expected to hold a preliminary hearing Thursday in its first trial of a Russian soldier accused of raping a Ukrainian woman during the Russian invasion, the first of what could be dozens of such cases.

The suspect, Mikhail Romanov, 32, who is not in Ukrainian custody and will be tried in absentia, is charged with murdering a civilian in the capital of Kiev on March 9 and then repeatedly raping the man’s wife. according to court records.

The Russian Defense Ministry did not immediately respond to a written request for comment and Reuters was unable to reach the soldier. Moscow denies war crimes charges.

Romanov is accused of raping a 33-year-old woman after he and another Russian soldier shot and killed her husband Oleksiy in the village of Bohdanivka, northeast of Kiev.

The two soldiers then left and later returned two more times to rape her, court records say. The identity of the second soldier was not established.

It was not immediately clear what kind of legal representation Romanov would have during the trial, which will take place behind closed doors.

A prosecutor dealing with sexual assault cases told Reuters that up to 50 such crimes were being investigated, but the number of cases of sexual assault by Russian soldiers since Feb. 24 was likely to be significantly higher.

Officials, activists and doctors have said many survivors are afraid or unwilling to take their cases to the police and prosecutors, fearing reprisals from Russia and stigmatization of their Ukrainian neighbors.

A spokesman for the attorney general’s office said a prosecutor could comment publicly on the trial after Thursday’s hearing.

Ukraine says it is investigating thousands of possible war crimes committed during the Russian invasion, which began on February 24. Attorney General Iryna Venediktova told Reuters that many of the suspects are in Russia, but some have been captured by Ukraine as prisoners of war. †