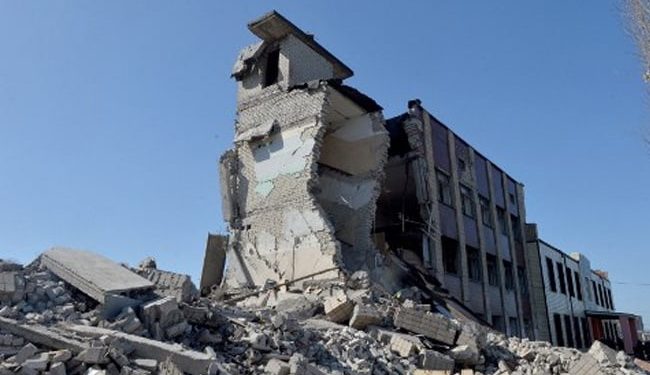 A UN treaty signed in 1997 banned the use of anti-personnel mines. (representative)

Cluster bombs scatter dozens of tiny explosive charges over an area, some of which may not explode immediately and in fact become anti-personnel mines threatening civilians long after a conflict has ended.

Pressure groups such as Amnesty International and Human Rights Watch have said they have gathered evidence of the use of cluster bombs in areas where civilians were present in Ukraine.

A UN treaty signed in 1997 banned the use of anti-personnel landmines, but Russia and the United States have not signed it, although Ukraine did.

Asked by journalists about the use of such ammunition by Russians in their bombing raids on the Ukrainian capital since the invasion began more than a month ago, Venediktova said she had no concrete evidence but investigations were underway.

“But…we have evidence of cluster bomb use in the Odessa region and in the Kherson region,” she said.

Russian troops have been kept at bay from advancing towards Odessa, Ukraine’s main port city on the Black Sea.

Kherson is the only major city that Russian forces have captured since their invasion began, but Ukrainian forces have attempted to recapture the medium-sized city on the route from Russian-occupied Crimea to Odessa.

Venediktova said journalists were reporting cases of possible use of cluster bombs and other banned weapons.

“But…I can only mention cases where I have very concrete evidence, for example…if I have (bomb) fragments or soil samples and analyses,” she said, without giving further details.