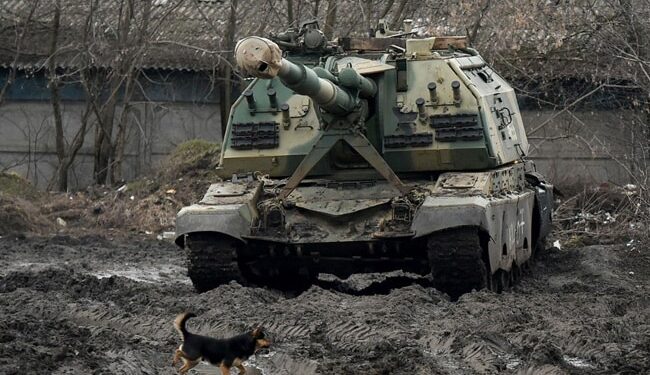 Two men and a woman were killed in the incident, which took place on March 27. (Representative)

Ukrainian authorities and witnesses interviewed by AFP on Thursday accused Russian troops of shelling a residential house in a village in eastern Ukraine from a tank, killing several civilians.

The incident took place on March 27 in the village of Stepanki outside the regional capital Kharkov, when the Russian occupying forces opened fire on a house from a tank, killing two men and a woman, Ukraine’s prosecutor’s office said on Telegram.

According to Kharkov police and witnesses, four people were killed and two injured. The discrepancy could not be immediately explained.

An investigation has been opened into a war crime and first degree murder.

Witnesses interviewed by AFP said the six people living in the house were drinking tea in the courtyard as a Russian tank approached.

“They started going into the house to hide,” said Olga Karpenko, 52, whose daughter was one of the dead. The tank aimed and fired at them as they entered the house.

“Four people died, two were injured. My daughter died from shrapnel in the back of her head,” Karpenko said.

Local resident Denys, 40, said he saw the barrel of the tank turning toward him.

“Someone said let’s hide in the house,” Denys recalled. “I came in last and as soon as I entered the tank went off. Everything collapsed, I couldn’t see anything. I got out as fast as I could and ran after the house.”

Neighbors buried the dead in the backyard of the house and with the village back under Kiev control, their bodies were exhumed on Wednesday.

Prosecutors published photos of a peach-colored two-story building with its windows blown out and the front partially destroyed. Nearby, three crosses made of sticks stood above a grave.

Since Moscow launched a large-scale invasion of Ukraine on February 24, Kiev has accused Russian troops of multiple war crimes in the cities and towns they occupy, including murder, torture and rape.

On Thursday, DailyExpertNews said it released CCTV footage showing two Ukrainian civilians shot in the back by Russian soldiers at a car dealership outside Kiev in mid-March.