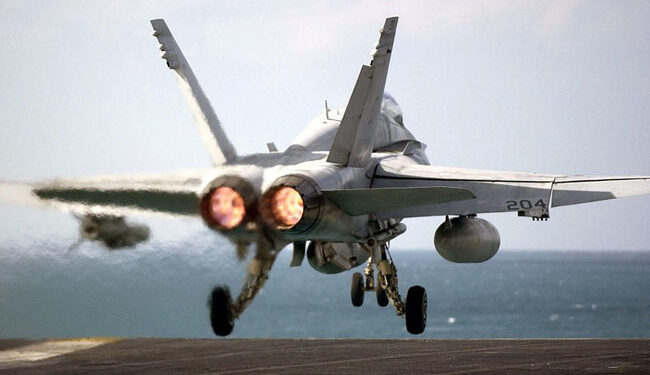 The strikes were carried out in the oil-rich eastern province of Deir Ezzor.

Buccino said these “precision strikes are aimed at defending and protecting US forces from attacks such as those on August 15 against US personnel by Iranian-backed groups,” when a number of drones attacked an outpost of US-led anti-jihadist forces. any victims.

The US military originally planned to hit 11 of the 13 bunkers in the complex, but canceled the attacks on two after groups of people were seen nearby, he said, adding that an initial assessment indicated no one had been killed.

US forces “have taken proportionate, deliberate action to mitigate the risk of escalation and minimize the risk of casualties,” the colonel said in Centcom’s statement.

Hundreds of US troops are deployed in northeast Syria as part of a coalition focused on fighting remnants of the Islamic State group.

There was no immediate confirmation of the US attacks by Syrian state media.

The attack came the same day Iranian state media said a Revolutionary Guards general “who was on a mission in Syria as a military adviser” had been killed on Sunday.

The reports did not mention how the general was killed, only describing him as a “defender of the sanctuary,” a term used for those working on behalf of Iran in Syria or Iraq.

Iran says it has deployed its troops in Syria at the invitation of Damascus and only as advisers.

The Islamic Revolutionary Guard Corps (IRGC) is the ideological branch of the Iranian military and is blacklisted by the United States as a terrorist group.