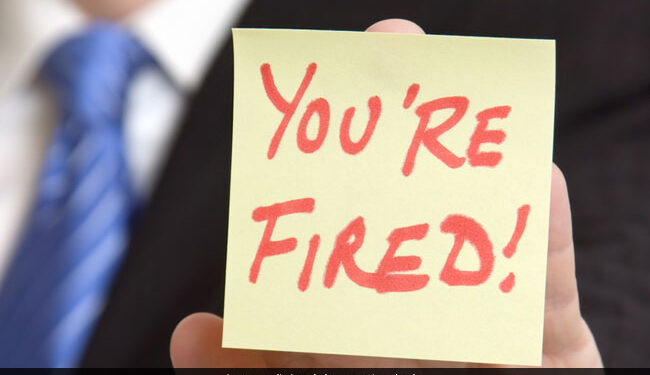 The employees were not given an explanation

A Mississippi-based furniture company laid off nearly 2,700 workers just before midnight on Nov. 21, The Guardian reported. The company notified employees of their layoffs via text and email and asked them not to come to work the next day. United Furniture Industries, known for making budget-friendly sofas and recliners for Simmons Upholstery, put thousands of people out of work just two days before Thanksgiving.

According to the New York Post, the message the company sent to employees read: “Under the direction of the Board of Directors…we regret to inform you that due to unforeseen business circumstances, the Company has been forced to make the difficult decision to terminate the employment of all to terminate its employees with immediate effect on November 21.”

“Your resignation from the company is expected to be permanent and all benefits will terminate immediately with no provision from Cobra,” the employee received a follow-up email from the company.

The company also instructed its drivers to immediately return “equipment, inventory and delivery documents” regardless of “whether or not”. [they] have completed [their] delivery”.

Unfortunately, the employees were not given an explanation as to why they were abruptly fired. The two-decade-old company suddenly dissolved its activities. Over the summer, according to New York Post reports, the company had fired its CEO, Chief Financial Officer and Executive Vice President of Sales.

A UFI spokesperson told Freightwaves.com that employees were later told they could come to their workspaces to “pick up their belongings.”

A former employee also filed a lawsuit against the company. Toria Neal, a resident of Lee County, Mississippi, who worked for UFI for more than eight years, alleges in her proposed class action complaint that the company violated the federal Worker Adjustment and Retraining Notification (WARN) Act and failed to meet at least 60 days written notice of a pending closure.

Langston & Lott, based in Booneville, Mississippi, filed the first class lawsuit against United Furniture Industries, Inc., alleging that it violated the WARN Act when it laid off all 2,700 employees.

“Under the WARN Act, United Furniture employees were entitled to 60 days’ notice or 60 days’ severance pay—neither of which was provided,” Langston & Lott attorney Jack Simpson told FreightWaves. “Once the class attorney has been appointed, we look forward to vigorously investigating United Furniture’s actions and seeking as much compensation as the dismissed employees are legally entitled to.”