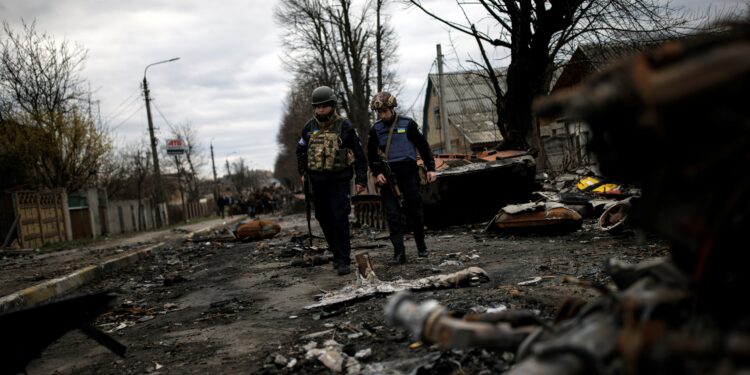 It will also bring $4.5 billion to Kiev to keep the country’s finances stable.

The US Senate on Thursday approved $12 billion in new economic and military aid to Ukraine as part of a temporary extension of the federal budget until December.

The measure, agreed by senators from both sides, includes $3 billion in weapons, supplies and salaries for the Ukrainian military, and authorizes President Joe Biden to order the US Department of Defense for $3.7 billion in its own weapons and equipment. to take to deliver to Ukraine.

It will also provide $4.5 billion for Kiev to keep the country’s finances stable and the government running, as well as provide services to the Ukrainian people.

It comes as Russian President Vladimir Putin plans to declare Friday the annexation of parts of Ukraine occupied by Russian troops.

“But the battle is far from over and we must, we must continue to help the brave, brave Ukrainian people.”

Aid to Ukraine is part of a short-term extension of the federal budget, which will expire on September 30 at the end of the fiscal year without the parties in Congress agreeing to a full-year allocation for fiscal year 2022-23. .

The extension, or continuation of the resolution, sees the government run until December, but must first be approved by the House of Representatives to prevent parts of the government from shutting down on Monday.