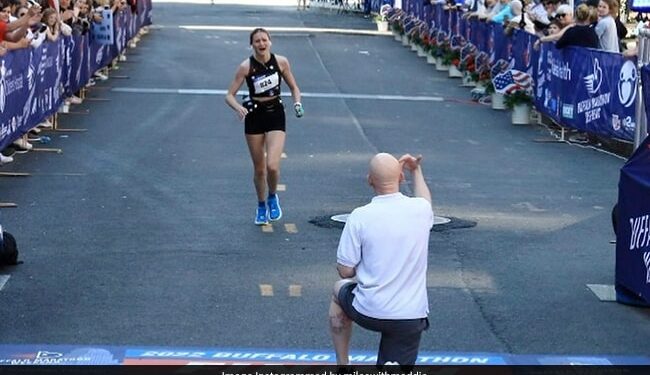 The video has more than two million views on Instagram.

An adorable video of a man proposing to his girlfriend at the finish of her marathon race has gone viral on social media. The incident occurred during the Buffalo Marathon in New York on May 29. The video was shared by Madison, who was suggested by her boyfriend Chris, on Instagram.

She captioned the post, “The 26.2 finish line became the starting line for the rest of my life with my best friend. I love you so much Christopher James.”

In the video, Madison was seen running to the finish, while her friend Christopher was on one knee with a ring in hand, waiting for her to finish the race. Watch the video here:

Madison in the caption wrote about how Chris has been her backbone, helping her with the workout and also handling content on her Instagram. “I don’t know where I would be without him, but I know I wouldn’t be the runner I am today,” she said.

She said he cycles very slowly next to her for hours as she travels long distances. Finally, she thanked the crew of ‘Buffalo Marathon’ for making the day so special for her.

The video already has more than two million views on Instagram and is widely shared on social media platforms. The woman thanked the Buffalo Marathon crew for making her day special.

Many users congratulated Madison and Chris. One user said, “Maddie, I could watch this over and over! It’s such a feel-good moment and there’s just so much happiness and love and raw emotion!”

Another user wrote: “Omg awesome, I’m getting influence on how to propose to my wife when the time is right.” 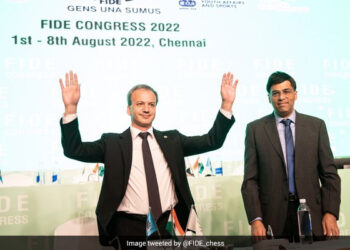 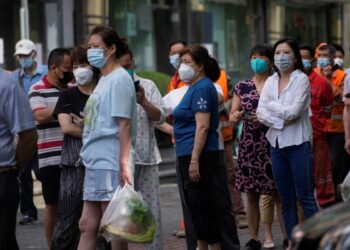 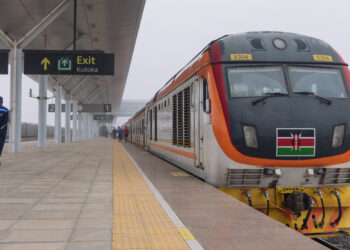