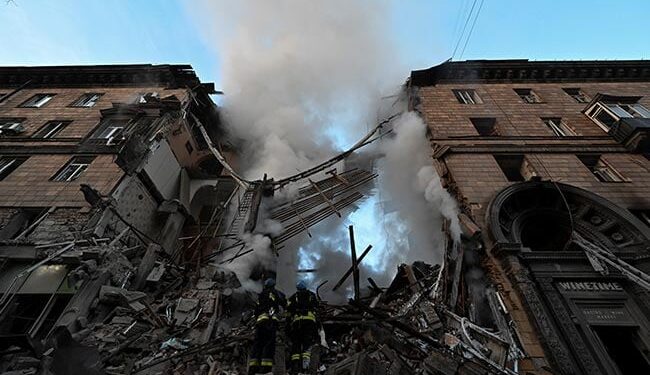 Thousands have been killed since Russian President Putin ordered the invasion of Ukraine in February.

National leaders, development experts and CEOs will gather in Berlin on Tuesday for a conference on what the hosts say should be a “Marshall Plan” to rebuild Ukraine after the Russian invasion, now entering its ninth month.

The conference, hosted by German Chancellor Olaf Scholz and the European Commission, will not include concrete cash pledges for the estimated $750 billion reconstruction cost, a task the hosts compared in magnitude to the United States’ Marshall Aid Program for Reconstruction. of Europe after World War Two.

Thousands have died and homes and factories have been destroyed since Russian President Vladimir Putin ordered the invasion of Ukraine in February, an act that Western countries condemned as imperialist land grabs, but which Moscow has labeled a special military operation to protect its neighbor from extremists. redeem.

“The shape of the reconstruction will shape the kind of country Ukraine will be in the future,” the two hosts wrote in the Frankfurter Allgemeine newspaper.

“A law-governed state with strong institutions? An agile and modern economy? A vibrant democracy that belongs to Europe? While you should always be careful with historical comparisons, this is nothing less than a Marshall Plan for the 21st century,” they wrote. .

Speaking at a business forum, Scholz said Germany wanted Ukraine to one day join the European Union, a fact donors should consider when faced with the huge sums the reconstruction would cost.

“Putin’s war has welded our countries together,” he said at the forum.