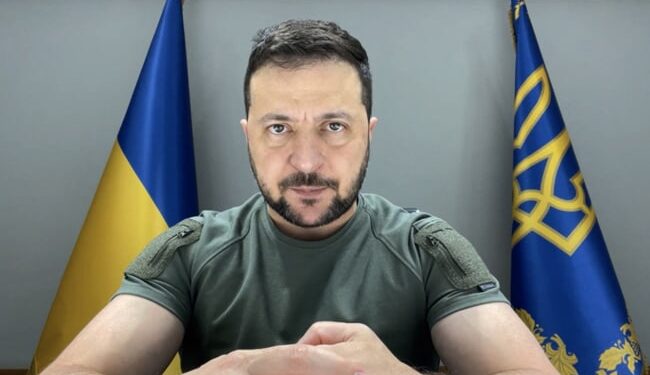 Ukraine will not be able to negotiate with Russia after “referendums” in 4 occupied regions, Zelensky said.

Kiev will not be able to negotiate with Russia after Moscow holds annexation referendums in four occupied Ukrainian regions, President Volodymyr Zelensky told the United Nations General Assembly on Tuesday.

“Russia’s recognition of the pseudo-referendums as ‘normal’, the implementation of the so-called Crimean scenario and yet another attempt to annex Ukrainian territory means that there is nothing to talk about with (the) current Russian president” he said in a statement. a video message during a meeting of the UN Security Council.

“Before the eyes of the whole world, Russia is carrying out an outright farce called a ‘referendum’ in the occupied territory of Ukraine,” he said.

“People are forced to fill out some paperwork for a TV picture under the muzzles of machine guns.

“The figures of the alleged results of the pseudo-referendum were prepared in advance,” he said.

Zelensky added that “threats to use nuclear weapons have become a constant story among Russian officials and propagandists.”