Ambuja Cements Up 10%, Hits New High in Adani’s Financing Plan; Should you invest? 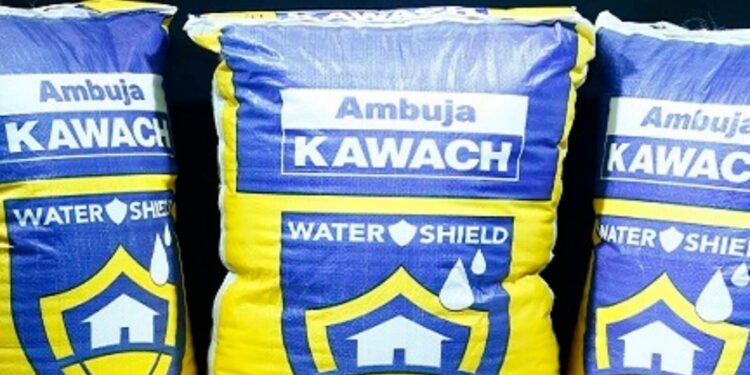 Shares of Ambuja Cements rose 10 percent, reaching a new high of Rs 568 on the BSE in intra-day trading Monday following Adani Group’s plans to bring Rs 20,000 crore into the company. In addition, after the Adani Group finalized its acquisition of the two companies last week to become the country’s second-largest cement player, even ACC shares rose more than 4 percent over the course of the day.

On September 15, 2022, the new board of Ambuja Cement approved an infusion of Rs 20,000 crore into the company through preferential allotment of 477.5 million convertible warrants at a price of Rs 419 to Harmonia Trade and Investment (Promoter Entity) on a preferential basis . The company said the issuance of warrants can be exercised and converted into shares in one or more tranches within 18 months.

The new promoters have categorically stated that they want to double the group’s cement capacity in the next five years and become the largest and most efficient cement company by 2030. Management believes the group’s exposure to energy and logistics will help them improve cost dynamics and gain supply chain efficiency.

What should investors do now?

The brokers were divided, some saw up to 45 percent rise in shares while others awaited Ambuja Cements’ extraordinary general meeting (EGM) with its shareholders on October 8.

“This reflects the promoters’ intent for growth and commitment to further investment in the cement business. After conversion of these warrants, the shareholding of the promoters will increase to 70.3 percent from 63.2 percent at the moment,” said Motilal Oswal Financial Services.

The commitment of promoters to cement growing business has been strengthened following their announcement of fund infusion in this business. “We have assumed that the capacity of Ambuja Cements and ACC is 88 million tons per year and 50 million tons per year respectively in CY26E. The group has environmental permits/plans for more than 25 million tons per year of clinker capacity and the fundraising will also help to pursue inorganic growth opportunities,” the brokerage firm said in the company update.

Jefferies believes it is time to upgrade it to “buy” as the cement maker will seek shareholder approval for the appointment of Gautam Adani and others to the board of directors and an infusion of Rs 20,000 crore into the company by preferential allocation of warrants.

As the Adani Group aims to become the largest and most efficient cement player after the acquisition by 2030, Jefferies believes that the group’s synergy benefits should come in from the October to December 2022 quarter and over the next 1-3 years. will accelerate.

The brokerage has upped its rating on Ambuja to buy and revised its target price to Rs 620 meaning it sees a further 20 percent increase in the share. It has maintained its ‘buy’ stance on ACC with a target price of Rs 3,030.

“Considering the accelerated growth trajectory for Ambuja under new leadership, we now value Ambuja’s consolidated EBITDA at 16x EV/EBITDA, one step above 15x target multiple for Ultratech. Further, the fund infusion by promoters (which we have only partially accounted for given the lack of details on the cash deployment) leaves option value for higher acquisition-related growth in profitability,” Jefferies added.

However, JPMorgan believes that there is still no clarity regarding the fundraising of Rs 20,000 crore. Following the issuance of the warrants, Ambuja Cements would become the most cash-rich company in the Indian cement sector, the brokerage said, adding that the company’s aggressive new owners are negative for its peers.