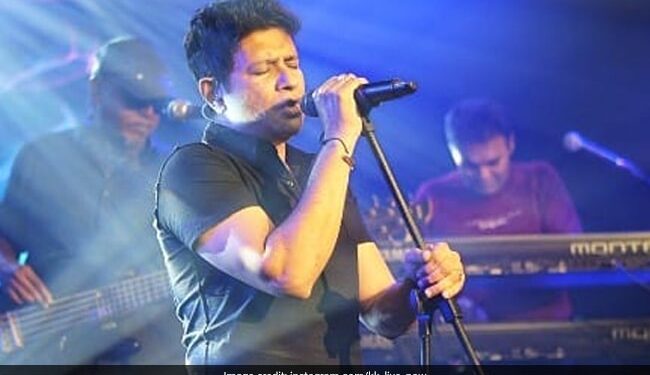 KK, who was just 54 years old, leaves behind his wife and two children.

Several celebrities from the Indian music industry paid tribute to Krishnakumar Kunnath, better known as KK, after the popular playback singer passed away.

Singer Shreya Ghoshal, who received four National Film Awards, tweeted: “I can’t wrap my head around this news. Stunned. #KK Why! This is too hard to accept! Heart is broken to pieces.”

I can’t wrap my head around this news. Numb. #KK Why! This is too hard to accept! Heart is broken to pieces.

Vishal Dadlani, also a well-known singer, songwriter and composer and lead singer of one of India’s leading rock bands called Pentagram, also expressed his sadness at the incident.

This can’t be real.@K_K_Pal , nothing will be the same without you. Nothing. My heart is in tatters.

The voice of purity itself, of kindness of decency, of a true heart of gold. Away.

Popular singer Mohit Chauhan paid heartfelt tributes to the demise of KK. He tweeted: “KK…not fair man. Not your time to go. This was the last time we were together announcing a tour together. How can you just go??? In shock. In grief. One ear dear friend, a brother is gone. RIP KK. Love you.”

KK… not honest man. Not your time to go. This was the last time we were together to announce a tour together. How can you just go??? shocked. In grief. An ear dear friend, a brother has passed away. RIP KK. Love you. pic.twitter.com/lCdwIRf3W6

Singer Krishnakumar Kunnath, better known as KK, passed away on Tuesday evening. The singer fell ill while performing in Kolkata and was taken to CMRI hospital where he was pronounced dead.

He was only 54 years old. One of the most versatile singers of the Indian film industry, KK has recorded songs in several languages ​​including Hindi, Tamil, Telugu, Kannada and Bengali.