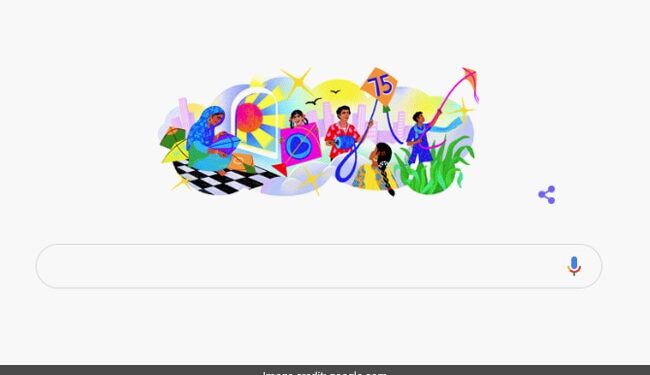 Google today commemorated the Independence Day of the world’s largest democracy with a doodle illustrated by Kerala-based guest artist Neethi.

The Doodle shows India celebrating 75 years of independence with flying kites symbolizing that the country has reached great heights.

In 1947, after a long struggle, India achieved freedom from the British colonial rulers. Independence Day is a national holiday to commemorate and commemorate the sacrifice of freedom fighters who fought for the independence of our country.

Independence Day 2022 Doodle “depicts the culture surrounding kites – from the craft of making bright beautiful kites to the joyous experience of a community coming together. The vast expanse of the sky brightly speckled with soaring kites is a colorful symbol of the great heights which we have achieved. The GIF animation adds dynamism and brings the doodle to life.”

On the doodle, artist Neethi said that one of our fondest memories, the age-old tradition of kite flying, has been an integral part of the Indian Independence Day festivities.

“Kites are also an outlet for artistic expression – many of them carry trendy motifs or even social messages. I have drawn kites with our national colors, a message of love and commemorating the 75th anniversary of Indian independence. They fly as high as skyscrapers , birds and I would like to believe the sun,” he said.

This year, several events have been organized under the banner of ‘Azadi ka Amrit Mohatsav’ to celebrate India’s Independence Day with the theme of ‘Nation First, Always First’.