At the 2020 White House meeting, ‘shouting’ that was ‘out there’ 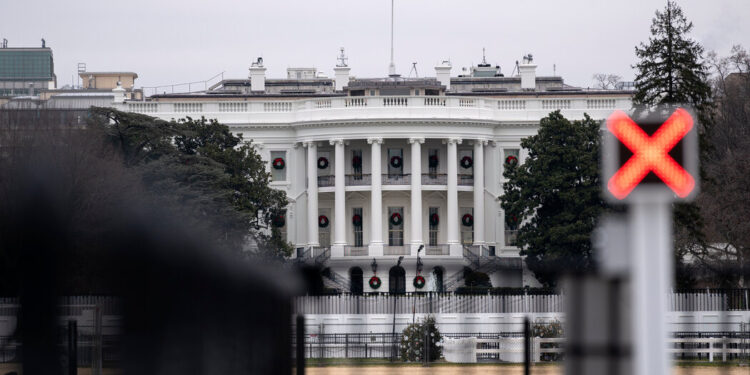 The meeting lasted more than six hours, past midnight, and turned into screams that could be heard outside the room. Participants threw insults and almost came to blows. Some people left in tears.

Even by the standards of the Trump White House, where people were yelling at each other and President Donald J. Trump yelling at them, the December 18, 2020 gathering became known as a “unhinged” event — and an inflection point in Mr. Trump’s desperate attempts to stay in power after losing the election.

Details of the meeting have been reported before, including by DailyExpertNews and Axios, but at a public hearing on Tuesday of the committee on Jan. 6, participants in the chaos offered a series of shocking new details of Mr. Trump’s meeting. and rival factions of advisors.

“It got to the point where the screaming was completely outside,” Eric Herschmann, a White House attorney, told the committee in a video testimony. ‘I mean, people are coming in – it was late at night, it had been a long day. And what they suggested I thought was crazy.”

The proposal, for the president to instruct the secretary of defense to confiscate voting machines to investigate for fraud and also appoint special counsel to potentially charge people with crimes, was masterminded by three outside advisers: Sidney Powell, a former attorney for Mr. Trump’s campaign promoting conspiracy theories about a Venezuelan plot to manipulate the voting machines; Michael T. Flynn, the national security adviser who fired Mr. Trump in his first weeks in office; and Patrick Byrne, the former CEO of Overstock.com.

On the other side was White House counsel Pat A. Cipollone; Mr Herschmann; and Derek Lyons, the White House secretary.

The altercation began shortly after Mrs. Powell and her two companions were let into the White House by a junior aide and walked to the Oval Office without an appointment.

They were there alone with Mr. Trump for about 15 minutes before other officials were alerted to their presence. Mr Cipollone said he received an urgent call from a staff member to go to the Oval Office.

“I opened the door and walked in. I saw General Flynn,” he said in a videotaped interview the committee played during Tuesday’s hearing. “I saw Sidney Powell sitting there. I was not happy to see the people in the Oval Office.”

Asked to explain why, Mr Cipollone said, “First of all, the Overstock person, I’ve never met, I never knew who this man was.” The first thing he did, said Mr. Cipollone, was to say to Mr. Byrne, “Who are you?” “And he told me,” said Mr Cipollone. “I don’t think any of these people have given the president any good advice.”

Mr Lyons and Mr Herschmann joined the group. “It was not a chance meeting,” Mr Lyons told the commission in a video testimony. “Sometimes there were people yelling at each other and insulting each other. It wasn’t just people sitting on a couch chatting.”

Ms. Powell, in her videotaped interview, described Mr. Trump as “very interested to hear” what she and her two cohorts had to say, things that “apparently no one else bothered to let him know”.

Herschmann said he was stunned by what he heard.

“And I asked if you’re claiming that the Democrats were working with Hugo Chavez, Venezuelans and whoever? And at one point, General Flynn pulled out a diagram that supposedly showed IP addresses around the world and who was communicating through the machines. And some comments about, for example, Nest thermostats that are connected to the internet.’

When White House officials pointed out to Ms. Powell that she had lost dozens of lawsuits she filed against the results of the 2020 election, she replied, “Well, the judges are corrupt.”

“I’m like, everyone?” Mr Herschmann testified. “Every case you’ve done in the country that you’ve lost? Each of them is corrupt? Even the ones we have appointed?”

Ms. Powell testified that Trump’s White House advisers “showed nothing but contempt and disdain for the president.”

The plan, White House advisers learned, was for Ms. Powell to become special counsel. This did not go down well.

“I don’t think Sidney Powell would say I thought it was a good idea to appoint her special counsel,” said Mr Cipollone. “I didn’t think she should get anything.”

Mr Cipollone also testified that he was alarmed at the insistence of Mrs Powell and the others that electoral fraud had been committed in the absence of evidence. “When other people kept suggesting it was there, the answer was, what is it? At some point you have to stop or shut up. That was my vision.”

Mr Herschmann described a particularly intense moment. “Flynn yelled at me that I was a quitter and all, kept getting up and standing around and yelling at me. At one point I had it with him, so I yelled back, “Come or sit down again.”

Cassidy Hutchinson, a top aide to Mark Meadows, the White House chief of staff, heard the screams from outside the Oval Office. She texted a deputy chief of staff, Anthony Ornato, that the West Wing was “UNHINGED”.

After the meeting began, Rudolph W. Giuliani, Mr. Trump’s personal attorney, was called by White House advisers to challenge Ms. Powell. In the end, the meeting migrated to the Roosevelt Room and the Cabinet Room, where Mr. Giuliani found himself alone at one point, something he told the committee he thought was “pretty cool.”

Finally, the group ended up in the White House residence.

Ms. Powell believed she had been appointed special counsel, something Mr Trump said she wanted, including that she should have a security clearance, which other aides opposed. She testified that others said they would ignore her even if they did. She said she would have “fired” them on the spot for such disobedience.

Mr. Trump, she said, told her something along the lines of, “See what I’m dealing with? I am working on that all the time.”

Ultimately, Mr. Trump withdrew and rejected the outside advisers’ proposal. But early the next morning, Dec. 19, he posted a message on Twitter urging his supporters to come to the Capitol on Jan. 6, the day a joint session of Congress was to be held to review the results of the Electoral College. to certify. 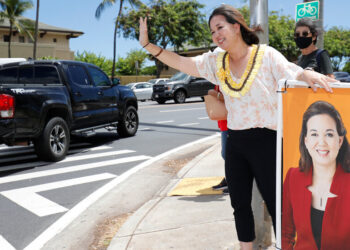