Serena Williams’ singles career continues against world No. 2 Anett Kontaveit at the US Open 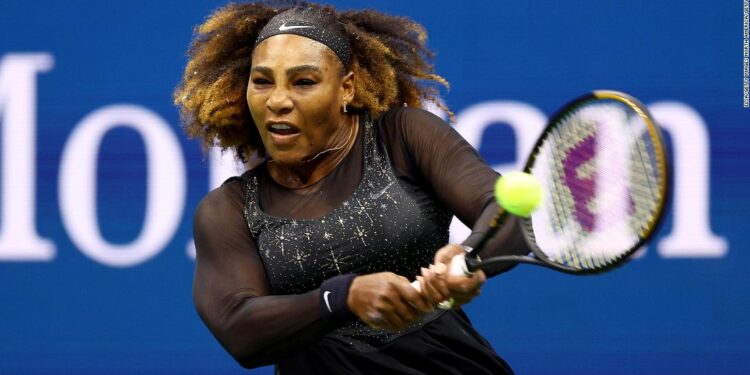 
“I’ve never liked the word retirement. It doesn’t feel like a modern word to me. I’ve seen this as a transition, but I want to be sensitive to how I use that word, which means something very specific and important to a community of people,” Williams said in the Vogue article published earlier this month.

“Perhaps the best word to describe what I’m up to is evolution. I’m here to tell you that I’m evolving from tennis to other things that are important to me,” she said.

At her post-game press conference on Monday, Williams was asked if this is definitely her last tournament.

“Yeah, I’ve been pretty vague about it, haven’t I?” she said with a smile. “I’m staying vague, because you never know.”

Williams also opens the doubles with her sister Venus Williams on Wednesday.

The opening round win over Kovinić was the best Serena Williams has seen since coming back from injury. She has managed to win just one game since returning to the track in June and has not been able to come close to the form that helped her win her last Grand Slam title in 2017.

Although Williams was far from that level in Monday’s win over Kovinić, it certainly gave her hope that her last dance at the US Open could be extended.

One of the greatest tennis players ever, Williams has won 23 grand slam singles titles and the US Open six times, most recently in 2014. Now 40 years old, Williams’ career will come full circle as her last game – in any match. round that turns out to be — is played at the site of the first of her grand slam victories, the 1999 US Open.

Then just a teenager, Williams burst onto the scene to stun world No. 1 Martina Hingis in the final and take the first step on her path to two decades of dominance.

In world No. 2 Kontaveit, however, Williams faces a much tougher second-round test and will undoubtedly be the underdog.

After Kontaveit won her first Tour title in 2017, her real breakthrough year came in 2021 when she won four WTA tournaments to move up the rankings.

An aggressive player with a varied play and powerful forehand, Kontaveit first broke into the world’s top 10 in November 2021 and has been a mainstay ever since.

She’s on a career-high ranking of No. 2 — the highest ranking in history for an Estonian — and at 26 she’ll certainly be looking to improve on her best show at a grand slam, a quarter-final at the 2020 Australian Open.

Kontaveit looked impressive in her opening round US Open win over Romania’s Jaqueline Cristian, losing just three games, saying after her win she “rooted” Williams in her first round match and was “very excited” is to play against her.

“I’ve never played against her. I mean, this is the last chance,” she told reporters. “Better late than never.

Steve Almasy of DailyExpertNews contributed to this report.