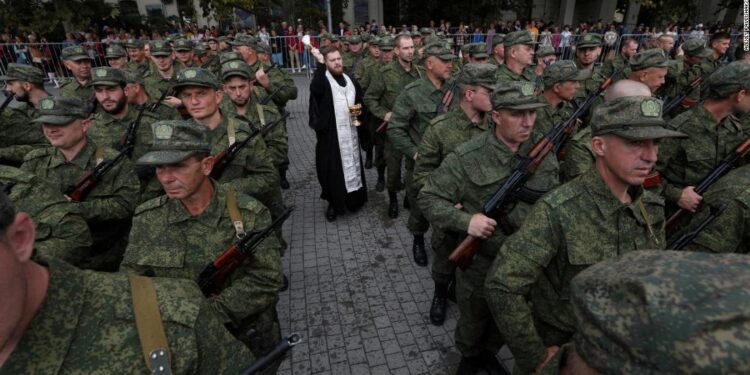 Russia on Friday vetoed a United Nations Security Council resolution that would have condemned Russia’s alleged annexation of four Ukrainian regions after so-called referendums on joining the Russian Federation.

The referenda have been dismissed as a “sham” by Ukraine and Western countries.

The resolution allegedly denounced Russia’s “organization of illegal so-called referenda in regions within Ukraine’s internationally recognized borders” and stated that the referenda “are not valid”.

The resolution also allegedly called on Russia to “immediately, completely and unconditionally withdraw all its armed forces from the territory of Ukraine within its internationally recognized borders.”

Russia was the only country that opposed the resolution.

Ahead of the vote, US Ambassador to the UN Linda Thomas-Greenfield – who tabled the resolution along with her Albanian counterpart – said it was in line with the Security Council’s goals of defending sovereignty, protecting territorial integrity and to ensure peace and security.

“We are talking about a UN member state, a member of the Security Council, trying to annex part of another by force,” said Thomas-Greenfield. “The outcomes of this mock referendum were predetermined in Moscow, and everyone knows it. They were kept behind the barrels of Russian guns.”

Vasily Nebenzya, Russia’s ambassador to the UN, said the results speak for themselves.

“The overwhelming majority of voters supported the integration of these regions into Russia,” he said.