“Dangerous to assume Omicron will be the last variant”: WHO Chief 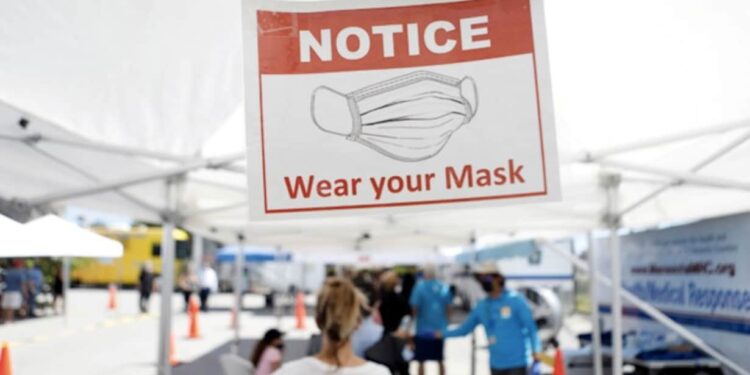 Covid-19 has killed more than 5.5 million people since it first emerged. (FILE)

The head of the World Health Organization said on Monday the planet could end the Covid-19 emergency this year, even though the virus killed someone every 12 seconds last week.

“We can end Covid-19 as a global health emergency and we can do it this year,” Tedros Adhanom Ghebreyesus told the UN Health Organization’s board of directors.

To do this, countries must work harder to ensure fair access to vaccines and treatment, detect the virus and its emerging variants and impose restrictions, he warned.

The WHO has been demanding that countries do more to speed up vaccine distribution in poorer countries for months, and is calling on all countries to vaccinate at least 70 percent of their populations by the middle of this year.

Half of WHO’s 194 member countries missed the earlier goal of vaccinating 40 percent of their people by the end of 2021, and 85 percent of people in Africa have yet to receive a single shot, Tedros said.

“We simply cannot end the emergency phase of the pandemic unless we bridge this gap,” he said.

“On average, 100 cases were reported every three seconds last week and someone lost their life from Covid-19 every 12 seconds,” he added.

Covid-19 has killed more than 5.5 million people since it first emerged in late 2019 and the number of cases has been driven to record levels by the new Omicron variant.

Since the strain was first discovered in southern Africa nine weeks ago, Tedros said 80 million cases had been reported to the WHO — more than in all of 2020.

Omicron appears to cause less severe illness than previous variants and Tedros confirmed that “the explosion in cases has not been matched by an increase in deaths”.

The WHO chief said the world should learn to live with Covid.

“We will have to learn to master it through a sustained and integrated strategy for acute respiratory disease,” he said, stressing that it was “dangerous to assume that Omicron will be the last variant, or that this is the endgame.” .”

“On the contrary,” he said, “the conditions are ideal worldwide for more variants to emerge.”