How thieves manage to steal cryptocurrency in the virtual world 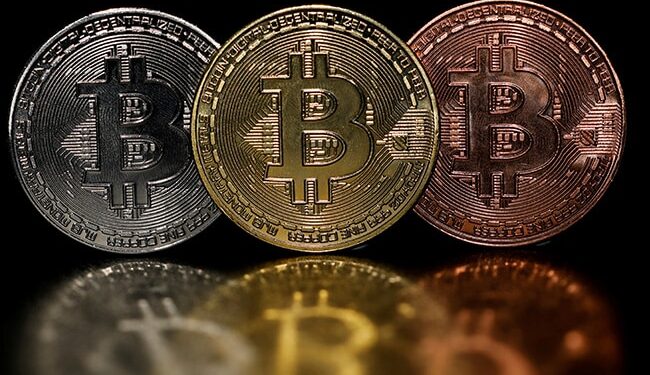 Bitcoin and other cryptos are bought, sold and stored on exchanges in the virtual world.

US officials announced Tuesday that they had recovered $3.6 billion worth of bitcoin stolen in 2016, shedding light on the cryptocurrency scam.

But how exactly do criminals steal in the virtual world?

Bitcoin and other cryptocurrencies are bought, sold and stored on exchanges just like commodities in the non-virtual world.

But crypto investors and those who organize exchanges often object to centralized control and reject strict supervision – sometimes leading to lax security.

“Exchange sites have stocks that are relatively large in crypto at any given time,” said Manuel Valente of Coinhouse, a French firm that manages crypto transactions.

“But these are servers, machines — and bad guys sometimes manage to get into their servers and steal money.”

Most of these problems are caused by weak security, he says.

Alexander Sachtchenko of KPMG agrees, pointing out that some platforms still store passwords on their servers.

“If you can get to the server, you can steal the passwords,” he says. “Once you have the passwords, you move the bitcoins from one address to another and then people can’t access those bitcoins.”

Everything crypto relies on the blockchain – a chain of code composed of interlocking blocks. It stores the details of all transactions made in cryptocurrency.

Because every block is linked, it is impossible to change a block of code without changing the entire chain – the basis of the security claims of those who trumpet the benefits of crypto.

However, there is a theory that if a group were to acquire more than 50 percent of a given blockchain, it could start rewriting transactions, blocking new ones, and double-issuing coins.

An exchange called Gate.io claimed it lost $200,000 in an attack like this in 2019, but experts believe it would be impossible to target big players like bitcoin.

“With bitcoin, it wouldn’t be possible now because of the amount of energy it would consume.”

Much of the crypto scams have less to do with technology and more to do with old-fashioned trust tricks or extortion where the criminals demanded payment in crypto.

The main scam family is the Ponzi-style schemes, where a new coin is hyped and its value inflated by its creators, who then dump all their coins when the price hits its all-time high, leaving many investors without money.

Such fraud, while not unique to crypto, brought in $7 billion for scammers in 2019, but plummeted the following year, according to analytics firm Chainalysis.

“The main scam was not so much about crypto as it was about using the belief that people will get rich quick to trick people into investing,” Stanford says.

However, she admits that the novelty of crypto and its appeal as a get-rich-quick idea has helped the scammers immensely.

While cryptocurrencies became infamous for these Ponzi-esque schemes, Stanford points out that the peak of the scams was between 2016 and 2018.

She says the market has now matured, people are better informed, law enforcement and regulators are more involved, and analytical tools abound, allowing the currencies to be traced.

Sachtchenko points out that many of the major platforms have now ramped up security to fight hackers.

“Some have even bought ‘bunkers’, a kind of digital safe,” he says.

Valente agrees, saying that surveillance has been stepped up to the point where criminals can’t spend their crypto even if they hide it for years.

“Once the stolen bitcoins start moving again, everyone will know,” he says. “Now almost no company will deal with bitcoins that have been stolen.”