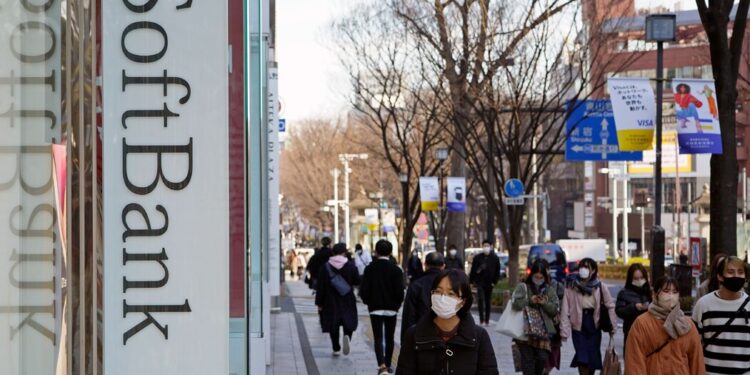 The news went from bad to worse for SoftBank.

The Japanese conglomerate said Thursday it had lost about $27 billion in its two Vision Funds for the year ended March as many of the major tech companies it invests in have struggled with rising inflation, concerns over Covid lockdowns in China and broad weakness in global equity markets.

That has compounded the problems for SoftBank, which this year has faced the bitter departure of a key figure and the derailment of its planned $40 billion sale of chip designer ARM amid regulatory concerns. Its huge holdings in Chinese online shopping giant Alibaba have also plummeted due to investors’ continued caution over Beijing’s crackdown on internet companies.

SoftBank lost a total of $13.2 billion for the fiscal year, the latest sign of the serious change in fortunes just a year after it announced it had made more money in a quarter than any Japanese company in history.

The company’s eccentric founder, Masayoshi Son, made headlines for dazzling purchases for years when he turned SoftBank into a holding company for technology companies on the brink of growth. But those big bets have collapsed; the grab bag of large start-ups on which the company is betting its future has performed poorly in recent months.

At a press conference, Mr. Son offered a rare warning, saying that SoftBank would take a “defensive position” in which it is more selective in its investments, as Covid and then the Russian invasion of Ukraine have left the world “in chaos.”

SoftBank, whose Vision Funds includes holdings in more than 400 companies, has sought to reduce its exposure to China by cutting new investment there, as economists have warned that strict Covid measures are likely to have a lasting impact on economic growth. Son acknowledged that the company had been too reliant on Alibaba, but said it was already well into its diversification process.

In addition to SoftBank’s stake in Alibaba, many of Mr Son’s other biggest investments have collapsed this year as investors sold shares in US tech companies and China’s regulatory crackdown continues.

Still, many of SoftBank’s losses are on paper only, and Mr. Son sought to highlight the returns it expects to realize from ARM, the British chip design company. He said the last obstacle to an IPO was removed for ARM when it was able to regain control of its Chinese unit from a rogue director who had refused to resign.

Nevertheless, Mr. Son told SoftBank that there was no set deadline to list ARM, noting that if markets remained weak and investor sentiment was negative, the IPO could be delayed for three to six months.

Ahead of a difficult earnings report, SoftBank shares fell about 8 percent in trading on Thursday. Recognizing the headwinds, Mr Son has also sought to take an optimistic view, arguing that investments in next-generation technologies such as artificial intelligence will eventually pay off.

He argued that the dip in SoftBank shares offered a discount and said the company had about 40 percent of the way through a share buyback of 1 trillion yen, or $7.8 billion.

“I am confident in the future of our company,” he said.