The Finnish president speaks of ‘a new era’ as he launches his bid to join NATO. 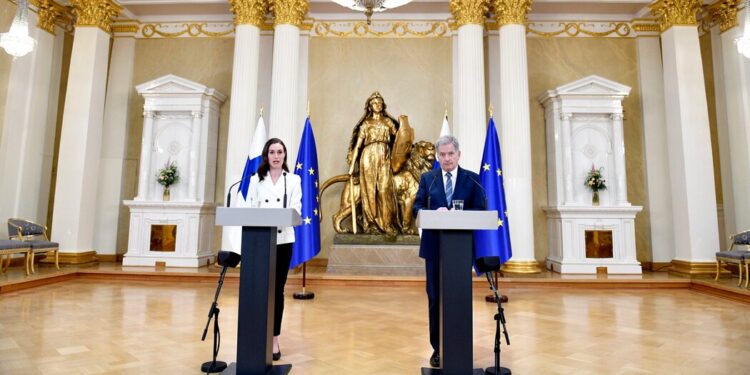 HELSINKI, Finland — The Finnish government announced on Sunday that it would apply for NATO membership, a move that would end decades of strategic non-alignment and pave the way for one of the most significant expansions of the Western military alliance in years.

The decision was announced on Sunday by the ministerial committee on foreign and security policy, a committee chaired by the president, Sauli Niinisto, which makes key foreign policy decisions.

The announcement was widely anticipated and followed a joint statement Thursday by Mr Niinisto and Prime Minister Sanna Marin urging Parliament to vote “without delay” to join the alliance. The Finnish public has overwhelmingly tilted for membership in the nearly three months since Russia launched its invasion of Ukraine.

But Mr Niinisto, who is largely responsible for foreign policy, and Ms Marin have pushed for a full parliamentary debate and vote on the issue. On Saturday, Ms Marin’s ruling Social Democratic Party backed the application. The parliamentary debate starts Monday and the vote, which is considered a formality, could take place later that day or Tuesday.

“This is a historic day, a new era is beginning,” Niinisto said. “I want to draw attention to the functioning of democracy.”

Russia shares a border with Finland and views its accession to NATO as a threat. In an apparent effort to reassure Moscow, Mr Niinisto said: “Security is not a zero-sum game. If Finland’s security increases, it’s not gone for anyone.”

Finland’s northern neighbor, Sweden, could also move closer to joining NATO on Sunday, when the ruling Social Democratic Party is expected to announce that, after intense internal debate, it has shifted its traditional stance against NATO joining and would vote for it in Parliament .

On Tuesday, Mr Niinisto will embark on a two-day state visit to Sweden. There is a widespread assumption that the two countries will submit their applications “hand in hand”, which could happen during that visit, assuming both parliaments vote to go ahead.

NATO has indicated that it will quickly approve both applications, as it already works closely with Sweden and Finland. Then the governments of all 30 current members must ratify the applications.