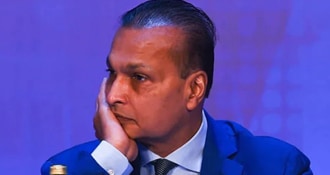 The three other persons are Amit Bapna, Ravindra Sudhakar and Pinkesh R Shah.

In a 100-page interim injunction, the regulator also barred individuals from “associating themselves with an intermediary registered with SEBI, a publicly traded public company, or acting directors or promoters of a public company that intends to raise funds.” to the public until further notice”.

The injunction, which relates to the alleged transfer of funds from the company, has been issued against a total of 28 individuals and entities (notices).

The focus of the SEBI study was to look broadly at how loans were disbursed by RHFL to various borrowing entities over the 2018-19 period.

The market regulator noted that the origins of the current proceeding can be traced to multiple sources, including a letter from Price Waterhouse & Co addressed to RHFL announcing their resignation from the company’s board of directors; and complaints received by SEBI about the transfer/misappropriation of funds from RHFL by promoters and company management.

There were multiple fraud-monitoring returns (FMRs) from banks alleging, among other things, that funds borrowed by RHFL from various lenders were being used in part to repay loans, the regulator said.

It was also complained that several affiliates and companies with weak financial positions were being used as channels to transfer money from RHFL to entities affiliated with the promoter company Reliance Capital, the injunction said.

“It is noted that an individual, Anil Ambani, who controls the company because of his position as promoter and controlling shareholder through his direct and indirect shareholding, exercises unfettered powers…” SEBI said.

The order noted that the company’s key executives (KMPs), such as executive director and CEO Ravindra Sudhalkar and its chief finance officers (CFOs) – Amit Bapna and Pinkesh R Shah – “instead of bringing such misdeeds to the attention of the board of directors or regulators, on the face of it, appear to be working hand in hand with Mr. Ambani, in transferring the company’s borrowed funds to other financially weak promoter group companies, which is apparent at various stages of approval from that General Purpose Corporate Loans (GPCL) Transactions”.

The regulator noted that the prima facie observations in the warrant were made based on the material available and the prima facie findings will also be considered a cause for a show.

However, it also clarified that the restraint imposed on RHFL must not stand in the way of any resolution/revival plan being approved or required to be approved under any law.